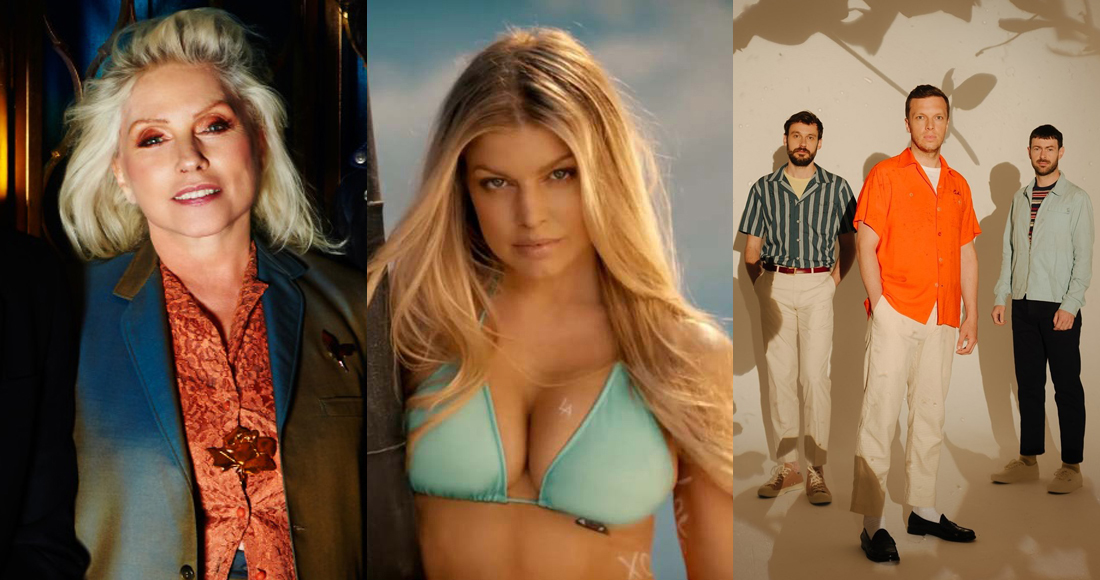 There are three types of popstar when it comes to albums: ones who manage to bash out an album every year or so – remember Rihanna's streak of smashes – and those artists who take three or four years to craft a new LP, think Adele or Ed Sheeran, maybe. And then you get the ones who really love to keep you waiting.

As Friendly Fires return with their first album in eight years, called Inflorescent, we name and shame some of the most agonising gaps between albums in pop. Seriously, we've got abandonment issues with this lot.

After a run of smashes, 1982's The Hunter underperformed for the band and enthusiasm dried up, leaving fans worried that was the end. But interest never really waned, with a series of hits collections and remixes of classic tracks keeping the band in the public eye. Patience was rewarded when the group, still fronted by Debbie Harry, made a huge comeback in 1999, after seventeen years, storming to Number 1 with single Maria and album No Exit.

MORE: They charted high but they're holding on – see all Blondie's hits

After third album Buzz, Steps imploded when members H & Claire peeled off from the group to become a duo. It took them a while to forgive and forget but eventually they called a truce and reformed for a tour and wintry album Light Up The World, in 2012. And then they came back properly five years later and had massive success with Tears on the Dancefloor.

"Let's go girls!" indeed – we thought Shania had got up and gone forever when no more albums came along after 2002's Up! Thankfully a whole decade and a half later, she released Now (Shania's little joke, we imagine) and went to Number 1!

Another band with personnel changes to deal with, Blur took over 11 years between 2003's Think Tank and its follow-up The Magic Whip. At least they managed to re-recruit founder member Graham Coxon, who'd been missing from the lineup when the 2003 album came out, plus it gave them a sixth chart-topper.

Their huge hit Place Your Hands became iconic when it was featured every week on Chris Evans' popular '90s show TFI Friday, but after four albums Reef disbanded in 2003. They're back, however, with Revelation, their first LP since 2000's Getaway, and it became Reef's fifth Top 40 album.

A decade and a half between 3D and their self-titled fifth album. To be fair, the girls had been through a lot, and there were a couple of hits retrospectives to keep us going, but we had all but given up until Chili and T-Boz announced the fan-funded TLC was definitely coming. Sadly, legal issues meant the late Left-Eye's rapping was missing from the set, but it was good to have them back.

"Love you long time" said Fergie on her hit London Bridge, but we didn't quite realise how long she intended leaving it before she'd grace us with another album. Debut solo album The Dutchess spawned three Top 10s, and, yes, she did appear on Black Eyed Peas' hits in the interim, plus started a family, but it was an astonishing 11 years before Fergie-ferg released its follow-up Double Dutchess in September. She certainly wasn't spending all that time dreaming up a title, was she, but it is very #onbrand.

US alternative band Belly were big news in the Nineties, with two Top 10 albums named Star and King, but it took over two decades for them to get their act together and reunite for a third. Dove, their first release in 23 years, returned them to the Official Albums Chart Top 40.

Headcount changes are now a regular part of the Take That experience, but it was after the most dramatic reduction of all – Robbie Williams' departure – that led to a huge gap between 1995's Nobody Else and their huge comeback album Beautiful World in 2006 and its cheekily titled lead single Patience. It would be another four years before the band was back at full capacity with Robbie back on board.

Up until 2008, Janet was fairly regular with her releases – you could always count on a new album every three years or so. And then, after Discipline… nothing. For ages. Whether she was a bit miffed that two consecutive albums had peaked at number 63, we can't say, but finally she broke her silence in 2015 with the sparkling Unbreakable, which reached Number 11.

MORE: Look back at all Janet Jackson's hit albums and singles in her chart archive

Their first three studio albums – Homework in 1997, Discovery in 2001 and Human After All in 2005 – each came out four years apart, yet 2009 yielded nothing. Like a bus that never turns up. So we had to wait double the time when, eight years after its predecessor, Random Access Memories turned up. But what a return it was – it was their first Number 1 album and featured million-selling Get Lucky.

They're as famous for the behind-the-scenes romances and bust-ups as they are their stellar back catalogue, but somehow they managed to keep the music coming. Until… they didn't. After 1995's Time we had to wait another eight years for Top 10 album Say You Will, in 2003. And there hasn't been a full studio album of material since! What did we ever do to you guys?

Cher has plenty of chart records under her belt and one of the longest, most prolific careers in music, but even the empress of pop needed a breather and after 2001's Living Proof took a decade and half to go on tour and generally be her fabulous self before releasing Closer to the Truth in 2016, scoring her ninth Top 10 album.

MORE: Look back at all the UK chart hits in Cher's career

The late, great rock icon was well-known for being one of the most prolific artists in music, with over 30 Top 10 albums to his name. When nothing materialised after 2003's Reality, it was assumed the Starman had retired, but he was fooling us all along. A decade later, almost out of nowhere, came The Next Day, his penultimate album before his sad passing in 2016, the same week he released his finale, Blackstar.

1997's The Fat of the Land was a huge success, selling 1.4 million copies and spawning two Number 1s, so you'd think dance music's biggest mavericks would want to follow it up straightaway, right? Errr, no. Always Outnumbered, Never Outgunned took another seven years to arrive.

One of the UK's most successful female artists, Kate had kept herself pretty busy for the first decade and a half of her career, until 1993's The Red Shoes. She then stayed pretty much out of the picture and concentrated on raising her son – until 2005's Aerial, released exactly 12 years later, and giving her a 10th Top 10 album. It's been another eight years since her last album, 2011's 50 Words For Snow

Hands up if you thought it was all over for The Verve after their huge hit Urban Hymns, which sold 3.3 million copies. Yep, us too. The years rolled by and frontman Richard Ashcroft concentrated on his solo career, but then, a miracle! In 2008, a sequel, Forth, went to Number 1.

Unlucky for some, maybe, but 13 is just the right number of years needed for Busted to put all their troubles behind them and get the old gang back together. Matt and James had previously formed a  supergroup with McFly in 2015 and had a Top 10 album, but it wasn't until Charlie came back into the fold that purists got that third studio album Night Driver, which reached Number 13, funnily enough.

GNR fans are a patient bunch, and it's a good job: the much-vaunted follow-up to 1993's The Spaghetti Incident? took 15 years to come, after almost half as many years' assurance it was on its way. Finally, Chinese Democracy dropped at the end of 2008, beaten to Number 1 by the Killers.

After two well received albums and years of touring (over 300 gigs in five years, apparently), Friendly Fires hit burnout. After some time apart, the trio found their way back to each other, and thankfully the magic hasn't been in lost. Their third album Inflorescent is packed with shimmering pop hooks that has more than a whiff of Wham! about it, primed for frontman Ed Macfarlane's, err, unique dancing.

Not so much an avalanche as a very light dusting of snow between albums – finally they followed up 2001 debut Since I Left You with Wildflower in 2016, giving them a second UK Top 10.

With their tours, famous songs being played everywhere and paparazzi-friendly lives, it feels like the Stones never truly go away, but 2016's chart-topping album Blue & Lonesome was their first studio album since 2005's A Bigger Bang!