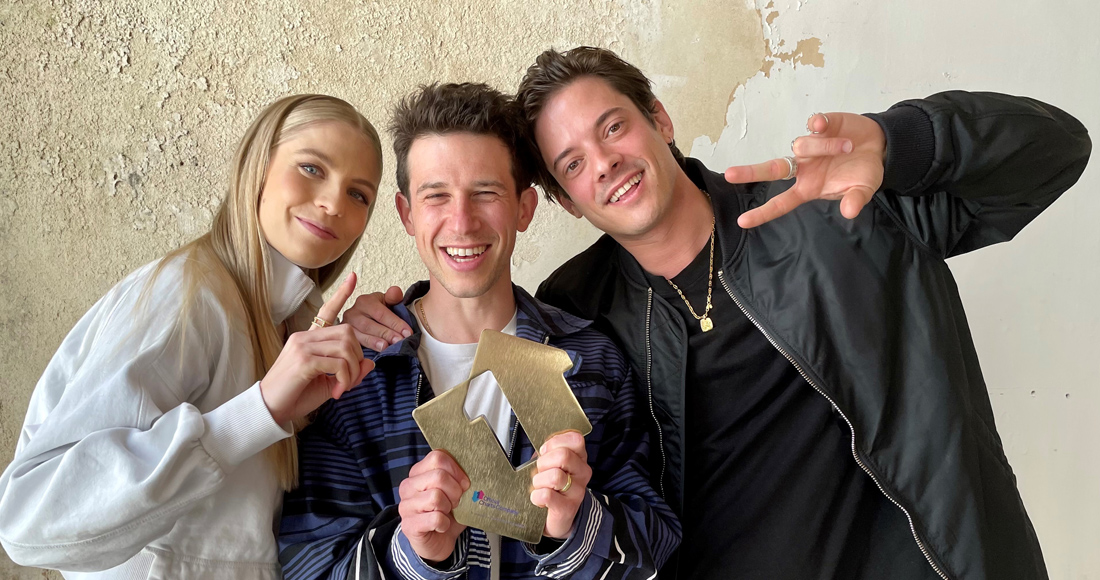 London Grammar’s Californian Soil soars to Number 1 on this week’s Official Albums Chart, earning the band the fastest-selling album of 2021 so far by a British act.

The trio’s third album lands at the top with just over 31,000 chart sales, outperforming the rest of the Top 5 combined. A quarter of the album’s chart sales were on vinyl, making it the week’s best-seller on wax.

Celebrating the news, London Grammar – Hannah Reid, Dot Major and Dan Rothman – told OfficialCharts.com: “We are so thrilled that our album has gone to Number 1. Thank you so much to our amazing fans for all your support over the last ten years, it means so much to us. Thank you.”

London rapper AJ Tracey lands at Number 2 with his second studio album Flu Game, claiming the UK’s most-streamed album of the week. The entry also beats the Number 3 peak of his 2019 self-titled debut.

Rock band The Offspring complete an all-new Top 3 with Let The Bad Times Roll; their first album in nine years becomes their highest-charting to date in the UK, surpassing 1998’s Number 10-peaking Americana.

Elsewhere in the Top 10, Irish soul/rock singer Imelda May enters at Number 6 with her sixth collection 11 Past The Hour. Imelda also lands at Number 1 on home soil this week too, becoming the first Irish female solo artist to top the Official Irish Albums Chart in almost five years – her fourth chart topper in Ireland. Blues rockers Greta Van Fleet land at Number 8 with The Battle at Garden’s Gate, their first Top 10 record.