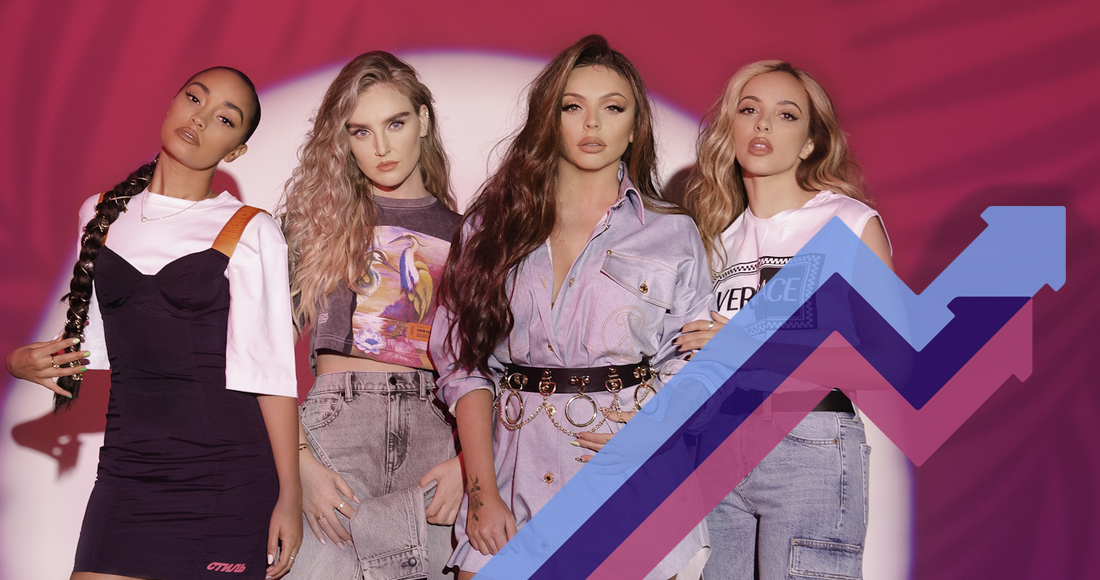 Little Mix are bouncing back in a big way this week as they claim the Number 1 spot on the Official Trending Chart.

The group's new single Bounce Back - released last Friday (June 14) - leads the trending Top 20, which tracks new songs scaling the Official Singles Chart that have yet to chart in the Top 10.

Bounce Back is at Number 2 on the latest Official Singles Chart sales flash, currently battling it out for this week's highest new entry with Taylor Swift's latest release You Need To Calm Down.

Bounce Back, which looks all-but-certain to be Little Mix's 14th Top 10 in the UK, was produced by pop hitmakers Stargate, who are behind some of the most successful singles by Rihanna, Beyonce and Katy Perry. The song interpolates Soul II Soul’s 1989 chart-topper Back To Life.

Recently released songs that are fast-approaching the Top 10 include Sigala and Becky Hill's Wish You Well and Mabel's latest effort Mad Love, while Bastille's Joy returns to the Official Trending Chart following the release of the band's new album Doom Days, which is vying for a Top 5 debut on this week's Official Albums Chart.