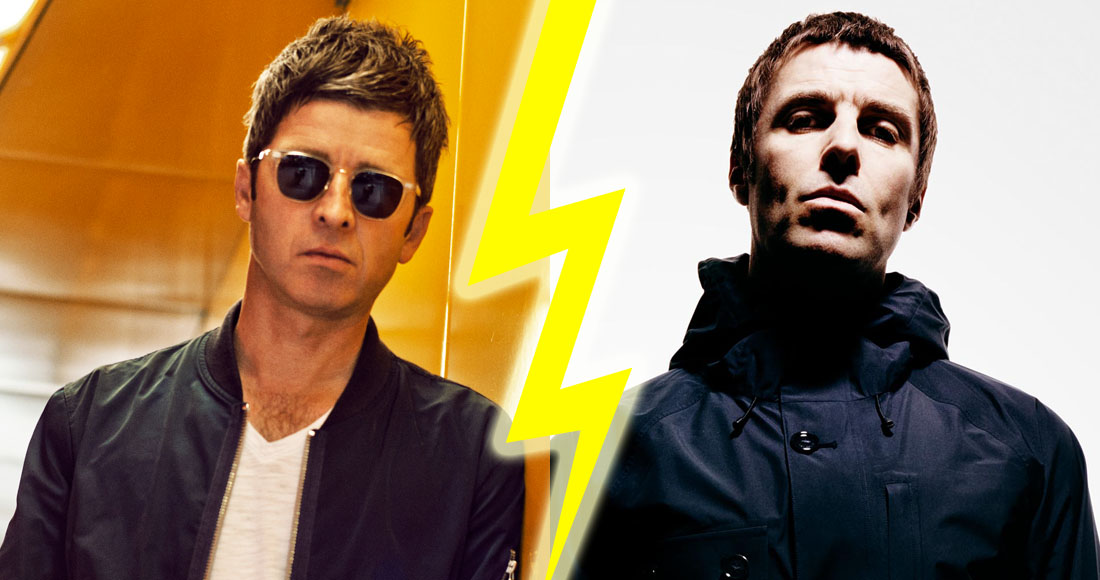 With Liam's debut album, As You Were, hitting Number 1 earlier this year and the new Noel Gallagher's High Flying Birds record going straight in at the top, Official Charts looks into the numbers behind their post-Oasis careers.

Liam's first solo album, As You Were, broke 102,660 combined sales in its opening week. Only Ed Sheeran and Rag'n'Bone Man sold more in their first week.

As a bonus fun fact, those 102,660 combined sales mean Liam shifted more than the opening week sales for Oasis's debut album Definitely Maybe, which logged 56,000 sales in week 1 back in 1994.

MORE: The fastest-selling debut albums of the decade so far

With two Top 3 albums under their belt, Beady Eye were by no means a flop. It's just that they didn't quite measure up to Oasis' monumental success.

The group's debut album Different Gear, Still Speeding notched up 67,000 sales in its first seven days on sale back in 2011, peaking at Number 3 on the Official Albums Chart.

The group's follow-up BE managed a slightly underwhelming 35,000 in its first week in 2013, but reached Number 2 and is generally more favoured by fans. However, with an all-time total of 78,000, BE has been outmatched altogether by As You Were in just three days. It seems like those supporters prefer Liam on his own than with his Beady Eye bandmates. Here's a full breakdown:

All eyes were on Noel Gallagher's High Flying Birds' third studio album Who Built The Moon? to see if it could eclipse As You Were.

In the end, Noel's LP notched up a first-week tally of 78,000, going straight in at Number 1, High Flying Birds' third in a row to reach the Official Albums Chart Number 1 and securing Noel his tenth Number 1 studio album of his career when you include Oasis' seven chart-topping records. Plus, he'll also be pleased to know that both of his post-Oasis albums outperformed Liam's first two.

MORE: Big albums still to be released in 2017

The Birds' debut self-titled album, released in 2011, is their most popular, selling 123,000 in its first week. It's the third fastest-selling debut album of the decade, behind One Direction and Rebecca Ferguson's first efforts.

MORE: The acts with an unbroken record of Number 1 studio albums

So who is the winner?

Although Liam's As You Were outsold High Flying Birds' Who Built The Moon? in its first week, it looks like Noel has the total sales edge over his younger brother. But with the Gallagher brothers, let's face it, the battle is never over.