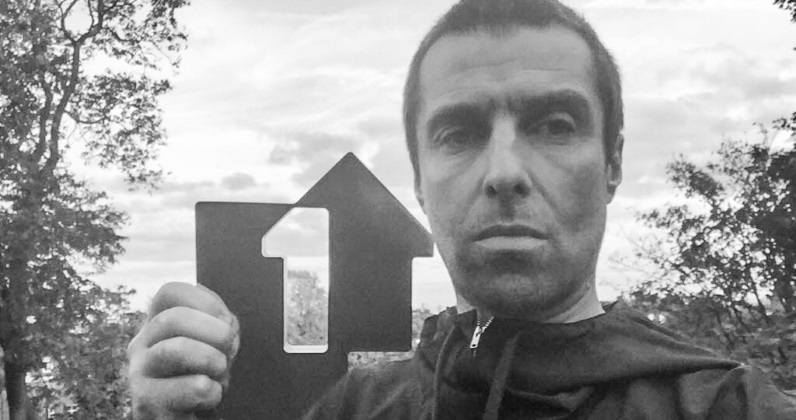 Liam Gallagher has gone straight in at Number 1 on the Official Albums Chart with his debut solo album As You Were.

Scoring massive combined sales of 103,000 (91% of which were physical purchases and digital downloads), Liam lands at the top spot with ease, outselling the rest of the Top 10 combined.

As You Were was both the best-selling and most streamed album of the week, and is the third fastest-selling of 2017 behind Ed Sheeran’s ÷ and Rag’n’Bone Man’s Human.

Including his career with Oasis, As You Were is Liam’s ninth Number 1 in total, joining other artists with nine Number 1s records such as ABBA, Queen, Gary Barlow (Take That and solo) and George Michael (Wham! and solo). Speaking of Oasis, their greatest hits Time Flies vaults 17 slots to Number 15 this week.

The performance of Liam’s debut solo record this week nearly doubles the opening week total of Oasis’ own debut, Definitely Maybe, which tallied 56,000 back in its release week in 1994. As You Were is officially the ninth-fastest selling debut of the decade, ahead of Ed Sheeran and Sam Smith's debut LPs. Click here to view the full Top 10.

Elsewhere in the Top 5, Giggs equals his Official Chart best with new mixtape Wamp 2 Dem at Number 2, Ed Sheeran rebounds a place with ÷ at 3, The Killers climb three to Number 4 with Wonderful Wonderful, and Foo Fighters rebound a place to Number 5 with Concrete and Gold.

Post Malone’s debut album Stoney hits a new peak for the fifth straight week, up three to Number 12, ahead of AJ Tracey’s debut Top 40 entry with Secure The Bag (13). There’s also another new entry from Elvis Presley at 22 – Christmas with Elvis and the RPO, his third set of recordings with the Royal Philharmonic Orchestra is new this week. The album’s deluxe edition is released next month.

Finally, ahead of the release of Sam Smith’s new album The Thrill Of It All next month, the singer’s debut album In The Lonely Hour rockets 10 places to Number 25, and Lana Del Rey’s former Number 1 album Lust For Life returns to the Top 40 at Number 33 following its vinyl release.