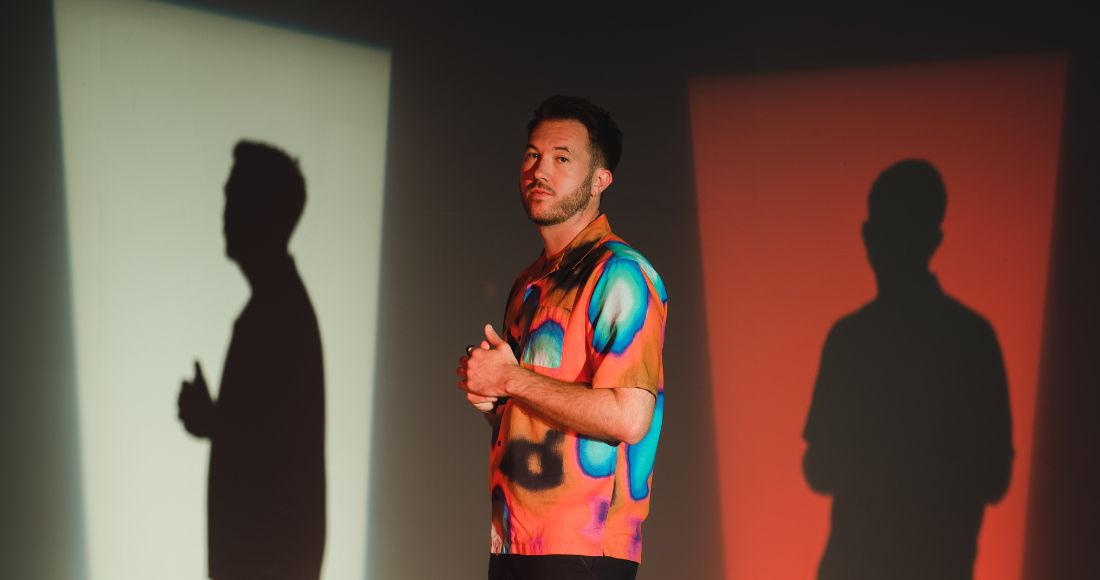 You may not know Lewis Thompson's name (yet!) but you certainly know the songs that he's worked on.

In the last three years, Lewis has either co-written or co-produced a total of eight UK Top 10 hits; including Joel Corry's Number 1 single Head & Heart, follow-up singles Bed and Out Out and his most recent success, David Guetta, Becky Hill & Ella Henderson's slow-burning smash Crazy What Love Can Do.

But now, Lewis is stepping out on his own. His first single as a solo artist proper, Take Me Back, channels the kinetic, feel-good energy of his back catalogue and pushes things - with a little bit of help from none other than French dance godfather David Guetta - to a whole, vibey new level.

Inbetween gigs, we caught up with Lewis to hear all about how years of graft and craft have lead to this one moment...and how Selling Sunset played a crucial part.

Hi Lewis! There's some massive summer vibes from your new tune, but more importantly its also your debut single as a solo artist. How are you feeling with it out in the world?

Honestly, when it came out on Friday I woke up and felt pretty emotional, to be honest. My journey has been pretty, pretty long. I've not been an overnight success by any means, so it feels really good to put something out with my name on and my face all over it. It feels amazing!

It's interesting you say that because as much success as you've seen - it's all been behind-the-scenes and a bit faceless at times, right?

Yeah. I mean, obviously I still love all the records I've made [as a writer and producer] that have got my name on [the credits]. But this one? It's got a piece of my heart.

You have an enviable list of cuts, though, let's not get it twisted. Eight UK Top 10 singles in three years, including a Number 1 single! When was the moment you decided you were going to step out on your own?

It's been an itch I've always wanted to scratch. I've always wanted to be an artist, and I've been lucky enough to do stuff like tour America [Lewis is also part of production duo Just Kiddin' with Laurie Revell] but meeting and working with Joel [Corry, Lewis' friend and frequent collaborator] and seeing him go to getting to this whole other level, DJing to crowds around the world, I was like...why can't I do that myself?

The moment where I felt like I really ready for it, to be honest, was when I made Take Me Back. I'd always wanted [to go solo] but you need the music to back you up, right? As soon as the song was made, in my opinion, I had the perfect first single for me; it's accessible, it's emotional and it's got a really good message.

Some people want to go down the artist route when they're, like, a social media star. That's not for me. I like making good songs, and you need the records to  make that happen. Not social media.

Having David Guetta - who you've now worked with a fair few times - on board certainly helps, given your prior dealings, was it easy to get him on-board?

We do speak a bit - mainly over the phone and WhatsApp. We got into the habit of sending each other [new songs] and so I sent him a very basic, early demo of this song.

I was actually sitting down with my girlfriend watching Selling Sunset and I get a FaceTime from David, I was like this is David Guetta, I better answer this. And he said, "I've been listening to this song, I absolutely,  love it and I want to do it with you, I'm going to help you make it better." You listen to David Guetta right? It was a bit of a mad evening from watching Selling Sunset.

Quite the night! You and Joel seem really, genuinely close, not just as collaborators but friends too. Has he given you any advice about the new release?

He's one of my closest friends. I mean, we speak literally every day, he's got a heart of gold, you can't have a bad word said about him. He's been really handy, actually. I had my first proper professional photoshoot the other day... he's given me some amazing advice, he's heard all my songs - the next one I have coming out, he told me "you got to go with this next." I really trust his ear, he's got a good one.

Can you give us any hints about the next track, then? You can't tease us like this!

The next one is sorted. I can give you an exclusive! It's with Paul Woolford and MNEK. It's amazing. And the one after that...we're just getting a feature sorted for that now, but that's such a good song.

Take Me Back is out now via RCA Records.