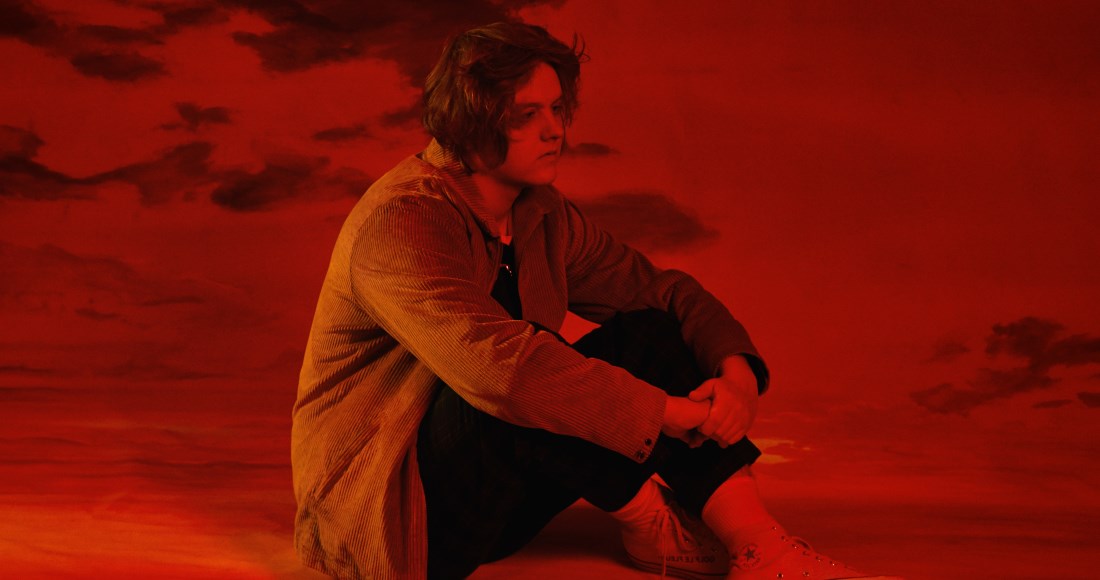 Lewis Capaldi has announced the release of a 'finale' edition of his chart-topping debut album, coming next week.

Divinely Uninspired To A Hellish Extent: Finale, dropping 4 December, will feature two CDs. The first is the full, deluxe tracklist of the album, while the second contains Capaldi's headline set at Wembley Arena recorded live earlier this year.

The album recently passed the 1 million sales threshold in the UK, and has spent a total of 10 non-consecutive weeks at Number 1 on the Official Albums Chart.

Its chart dominance was helped, of course, thanks to a stellar release of singles from the Scottish singer-songwriter.

Three of the record's tracks - Grace, Bruises and Hold Me While You Wait - all ascended to the Top 10 of the Official Singles Chart, while breakthrough smash Someone You Loved and Before You Go reached Number 1.

The LP's success also helped Capaldi best an Official Charts record set by Ed Sheeran - with an unbroken run of 78 weeks in the Top 10, Divinely Uninspired To A Hellish Extent claimed the record for most weeks spent in the Top 10 for a solo artist.

The record was previously held by Ed Sheeran for his third album Divide and has a longer Top 10 run than Adele's 21 and Sam Smith's In The Lonely Hour.

The release of a finale edition will also be looking to push DUTAHE to further glory - last year it was both 2019's fasest-selling album and also the best-selling record of the year overall, while the collection currently leads the way as the UK's biggest album of 2020 so far.

Fans may be disappointed to learn there will be no new material on the release, but Capaldi himself admitted earlier this year that he had no plans to drop any songs in 2020.

"Hopefully I will release a new song and a new album next year," he told the Daily Star, revealing he'd written 50 new tunes for a sophomore LP. "Three or four of them are good, which is a good ratio I think."