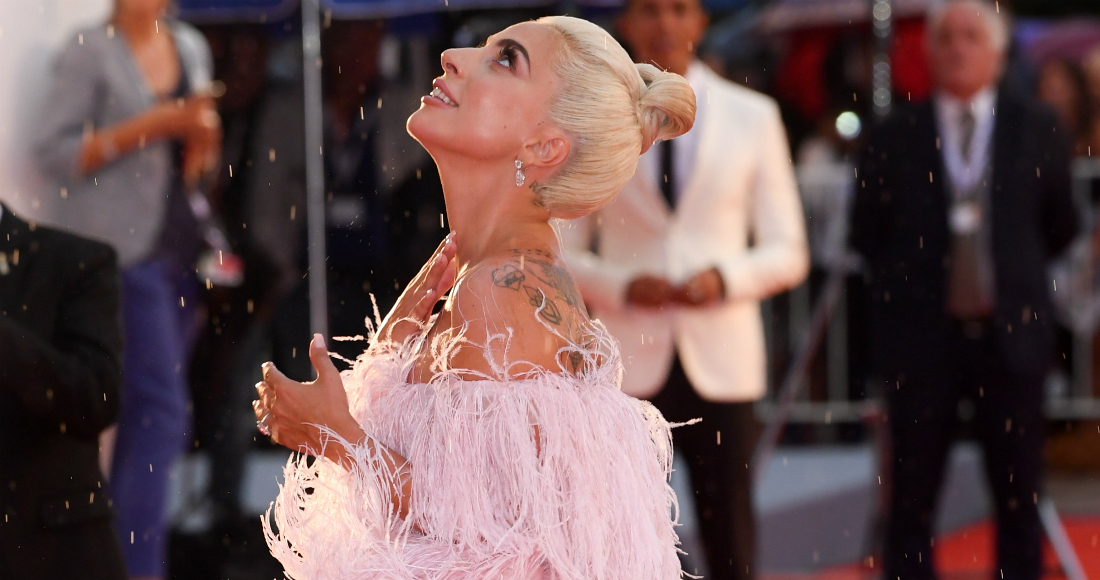 A star is reborn! Lady Gaga makes a triumphant return to Number 1 on the Official Albums Chart, as part of the cast recording of her new hit movie A Star is Born.

The blockbuster soundtrack features 18 all-new songs performed by Lady Gaga and her leading man – and the movie's director – Bradley Cooper, along with key scenes featuring other co-stars.

Overall, this is the fourth time Lady Gaga has seen an album top the chart – she was last there five years ago, when Artpop went to Number 1 in 2013. See Lady Gaga's full UK chart history

A Star is Born's new entry at the top means Twenty One Pilots have to settle for runner-up position, with third album Trench finishing just under 2,000 combined sales behind. It is, however, a new personal best for the American duo – their previous album Blurryface peaked at 5 in 2015.

Along with the two big entries at 1 and 2, there 11 further new entries or re-entries this week, kicking off with Surrey rockers You Me At Six scoring their fifth Top 10 album with VI going straight in, fittingly, at 6.

Rock veterans Echo & the Bunnymen land a 10th Top 40 album with The Stars The Oceans & The Moon, while rap duo Lil Baby & Gunna start at 12 with their debut collaboration Drip Too Hard, and KT Tunstall scores her eighth Top 40 album as Wax goes straight in at 15.

A boxset reissue of John Lennon's 1971 classic Imagine returns it to the Top 40, in at 19; K-Pop gods BTS zoom back up 21 slots to 24 with Love Yourself – Answer following their two dates at London's O2 Arena; while American singer-songwriter Cat Power scores a new UK chart personal best – The Wanderer is new at 29.

Synth outfit Gunship land a debut Top 40 with Dark All Day; US prog rockers Coheed & Cambria go in at 36 with The Unheavenly Creatures; comic actor and singer Matt Berry starts at 38 with Television Themes; and rounding off our new entries at 40 is American singer-songwriter Steve Perry, who scores his first solo Top 40 with Traces.