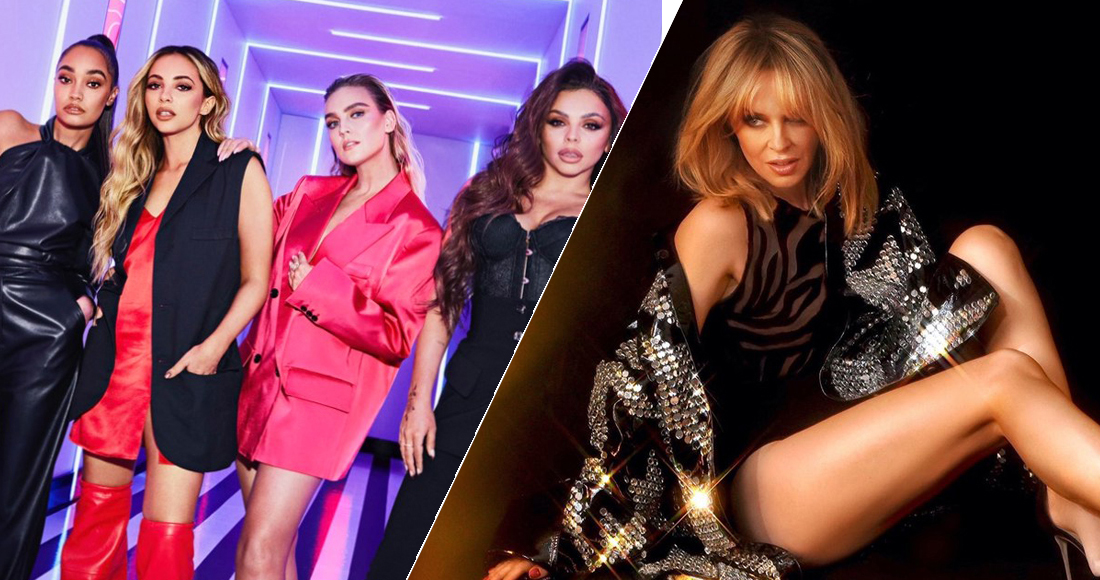 The final quarter of the year always brings plenty of big album releases, which inevitably leads to some exciting Number 1 battles.

One such race coming up is Kylie Minogue and Little Mix; both chart titans release their new records on November 6. For Kylie, it's her fifthteenth (!) album Disco, while Little Mix drop their sixth collection Confetti.

In an interview with Music Week, Kylie said she was undeterred releasing her record in a busy week. "Look, you’ve always got to be up against someone,” she said.

"As I said to the team, that’s what we know at this stage, but anyone could drop anything at any time and then you’ve got competition you were completely oblivious to. So let’s try and get things as right as possible and carry on doing what we’re doing."

VP of UK marketing at Kylie's record label BMG, Gemma Reilly-Hammond, said they welcomed the healthy competition. “I’m sure the media will make it into an old-fashioned chart battle. We’ve got our heads down, concentrating on doing our best job and continuing to think creatively and ambitiously about what we can achieve.

"We don’t have any control over the other camp, but it’s really healthy to have that there. If you come at it with the right headspace and attitude and enjoy it, it will ultimately bring a better result, because you’ve got that healthy competition.”

Both album campaigns have had a strong start: Music Week notes that Kylie's album trailer Say Something is her biggest airplay hit since 2010's Get Outta My Way, while Little Mix have scored a Top 10 with their lead track Break Up Song, plus a Top 20 follow-up with Holiday.

Kylie's co-manager, Polly Bhowmik of A&P Artist Management, added that it's "all great pop music and it’s great to see pop music in the headlines.

"It’s great to see Little Mix coming out, four amazing young women who have achieved so much."