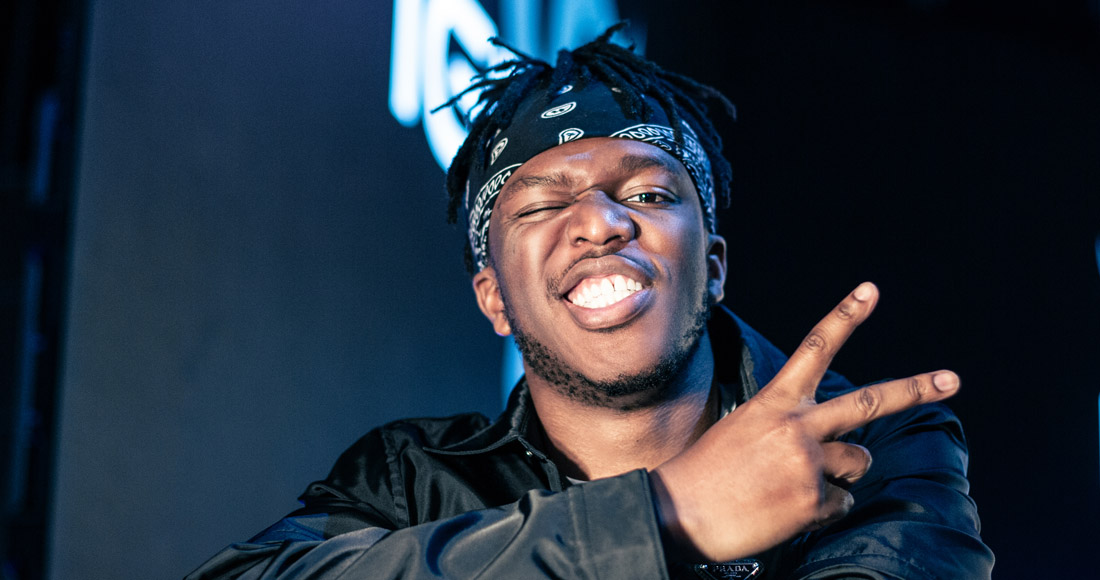 KSI is leaving no stone unturned in his path to stardom, making the title of his second album all the more fitting.

Beyond the regular flow of social media content, YouTube videos, Celebrity Googlebox appearances and livestream gigs, All Over The Place - released last Friday - is an album that proudly wears its assortment of sounds like a badge of honour.

From the album's singles alone - all four of which have peaked inside the Official Singles Chart Top 3 - he swings from UK garage, to house, punk and pop balladry, while the rest of the record sees him tap into drill, trap and Afrobeats.

With All Over The Place in reach of the Number 1 spot on this week's Official Albums Chart, KSI tells us how he's levelled up from his debut Dissimulation, whether he's making any promises if he hits the top spot (last time he said he would shave his head), and what the album was originally going to be called. Watch below.

KSI's new album All Over The Place is out now.