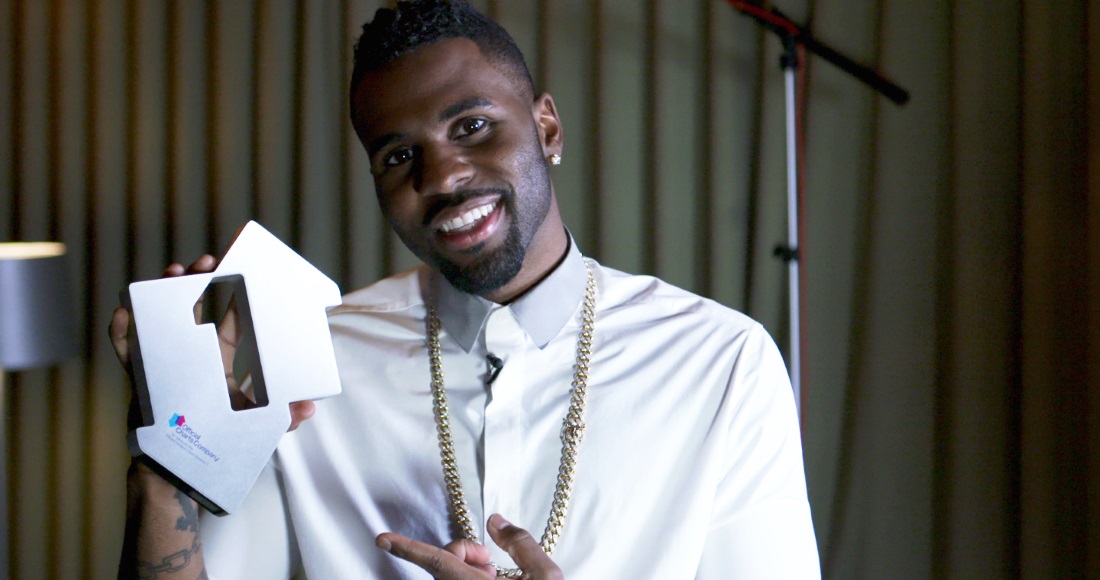 Despite some stiff competition at the midweek stage from Deorro & Chris Brown’s Five More Hours,  Jason Derulo's 57,000 combined chart sales (including 2.11 million streams) over the last seven days keeps Want To Want Me in pole position on the tally for a fourth consecutive week.

Want To Want Me is the fourth track this year to spend at least four weeks at the top – current record-holder for 2015 is Mark Ronson's Uptown Funk, which managed six consecutive weeks at the start of the year.

Major Lazer, MØ and DJ Snake’s Lean On reaches a new chart peak this week, climbing one place to Number 2.

Walk The Moon's Shut Up & Dance advances three places to break the Top 5 for the first time today.

Aside from Deorro & Chris Brown at Number 4, there are three new entries and one song returning to the Top 40 this week.

Ed Sheeran's Photograph breaks into the Top 20 for the first time today, zooming 12 places to Number 22.

Singer The Weeknd celebrates a fourth Top 40 this week with Can't Feel My Face breaking through at Number 34, while Kygo returns with Parson James on Stole The Show, new at Number 38.

Flo Rida and Sage The Gemini's GDFR returns to the Top 40, climbing to Number 39.