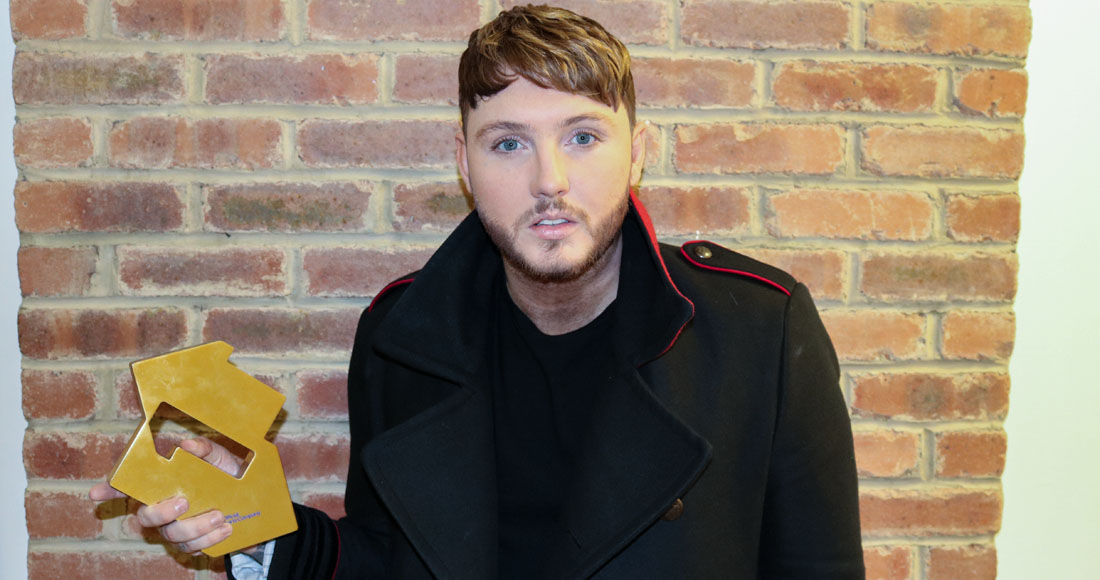 James Arthur’s incredible comeback is complete today as he lands straight in at Number 1 on this week’s Official Albums Chart.

The singer-songwriter’s second album Back From The Edge debuts at the top with combined sales of 41,000. The record includes the single Say You Won’t Let You, which hit the top spot for three weeks in September/October.

Watch James celebrate his Number 1 album with Official Charts below:

Celebrating with OfficialCharts.com, James said: “To have a body of work go to Number 1… it’s the ultimate sense of achievement. Thank you so much to everyone who has bought it.”

Back From The Edge is James’ first Number 1 record and other than Leona Lewis, he’s only the second X Factor winner to top the Official Chart with their second album, after Leona’s 2009 album Echo. Click here to view James Arthur’s complete Official UK Chart history.

Two albums debut inside this week’s Top 5: The Courteeners’ fifth album Mapping The Rendezvous at 4, and Madness’ Can’t Touch Us Now enters at 5 – their highest charting long player in seven years.

Singer-songwriter Jack Savoretti is new at Number 6 with his third album Sleep No More, Pointless presenter Alexander Armstrong finishes at 8 with Upon A Different Shore, and Robbie Williams’ Greatest Hits is back in the Top 10 for the first time in 10 years at Number 9.

Roy Orbison's The Ultimate Collection and Daniel O'Donnell's I Have A Dream just miss out on a Top 10 placing this week, entering at Numbers 11 and 12 respectively. US heavy metal band Avenged Sevenfold finish just behind them at 13 with their surprise album The Stage.

LeAnn Rimes makes a return to the albums Top 40 for the first time in nine years this week with Remnants (15), Black Sabbath’s The Ultimate Collection is new at 20, David Gray’s Best Of debuts at 30, and UK rapper Mic Righteous is at 34 with Dreamland. Finally, Tove Lo’s second album Lady Wood bows a 40.