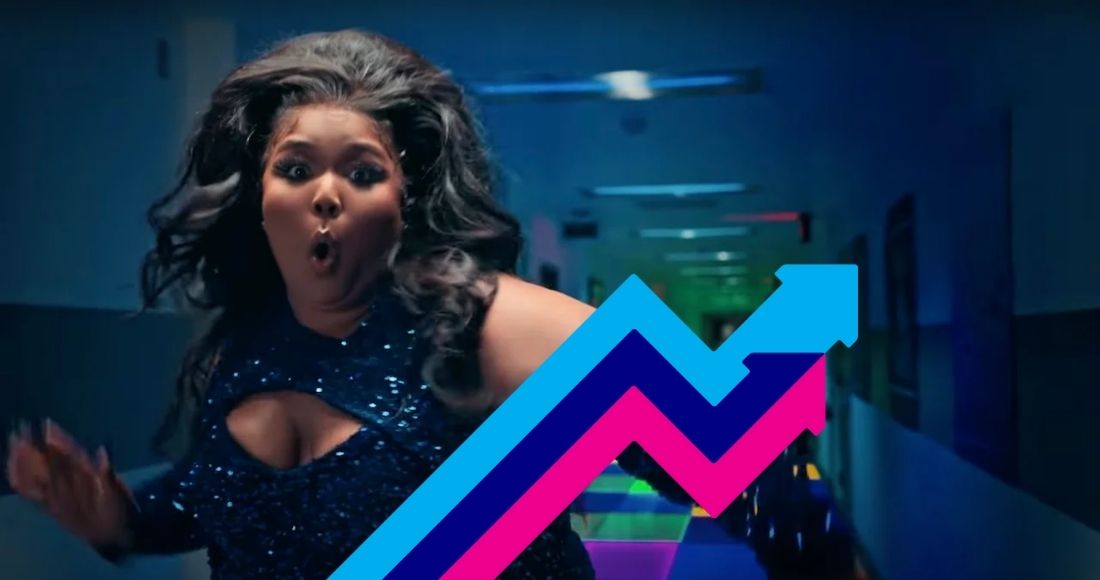 Lizzo tops the Official Trending Chart today with her fast-rising disco bop, It's About Damn Time.

You could say...it's about damn time (sorry). The lead single from the US multi-hyphenate's upcoming second studio album Special, It's About Damn Time is also aiming the crack the Top 10 of the Official Singles Chart for the first time this week.

If it does, it would become Lizzo's second UK Top 10 single, following Good As Hell, which peaked at Number 7.

We also have two new entries from Jack Harlow, following the release of his sophomore album, Come Home The Kids Miss You. Churchill Downs and dedication track Dua Lipa are both looking to debut inside the Top 20 this Friday. We wonder what Jack's favourite Dua bop is?

There are also new entries this week from Taylor Swift with This Love (Taylor's Version), the latest track to be released from 1989 (Taylor's Version). Could the full re-recording of her maximalist pop opus be arriving any day now? We certainly hope so.
Dermot Kennedy is another debut on the Trending Chart with his first new track of the year, Something to Someone, while S-X and KSI could also make a big impact with their team-up Locked Out.
Lady Gaga also marks another new entry with her dramatic mid-tempo ballad Hold My Hand, taken from the upcoming Top Gun: Maverick, while Maisie Peters could potentially clinch her highest-ever peak in the UK with the bratty Cate's Brother, following a viral campaign to release the chaotic ode to her best friend's brother.
And the final new entry on the Official Trending Chart this week comes from Knucks and Stormzy with Die Hard, taken from Knucks' new album Alpha Place.
This week's biggest climber comes courtesy of Bugzy Malone, whose Daily Duppy for GRM Daily could ascend more than 20 places up the Official Singles Chart.