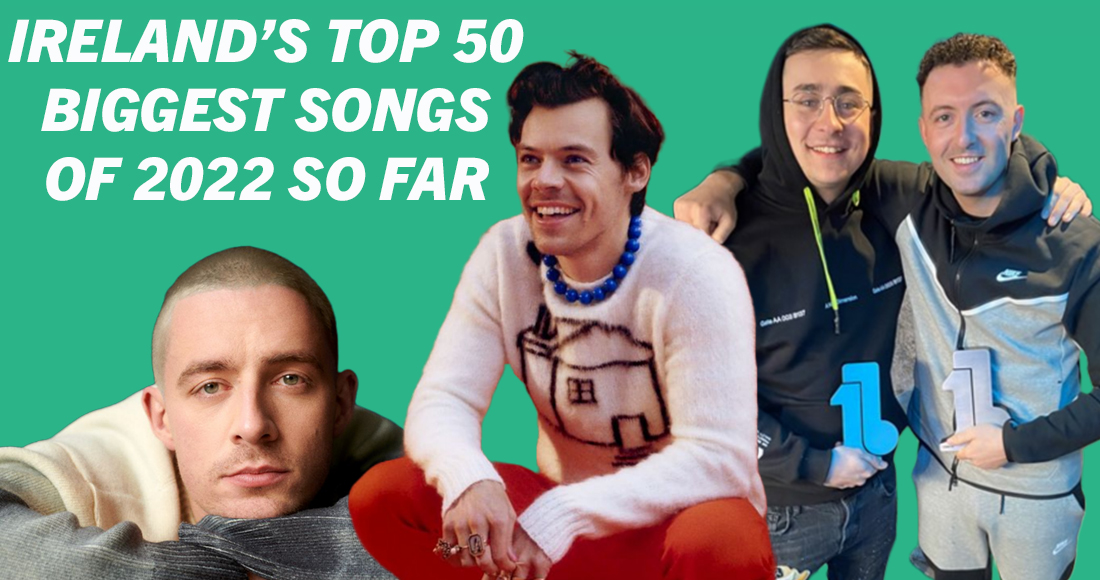 Harry Styles has claimed the biggest-selling single in Ireland so far this year, it has been revealed.

New Official Charts Company and IRMA (Irish Recorded Music Association) data shows that As It Was – which spent ten consecutive weeks atop the Irish Singles Chart - comes out on top with 78,000 combined chart units. It’s also the best-selling single on both physical copies and digital downloads of 2022 so far.

Taking second place is Belgian producer Lost Frequencies and English singer Calum Scott, whose hit Where Are You Now also became a Number 1 hit on the Irish Singles Chart.

The biggest release by an Irish act of 2022 so far belongs to production duo Belters Only and vocalist Jazzy, with their hit Make Me Feel Good, at Number 3 in the year-to-date chart. Earlier this year, they became the first Irish homegrown dance act to top the Irish Singles Chart for 22 years. Make Me Feel Good also holds the distinction of being the most-streamed single of the year in Ireland so far, with 9.4 million streams over the last six months.

"After 17/18 years of hard work & dedication in our own time to us eventually coming together , for it to be 6 months down the line and already achieving things that we have both dared to imagine, it’s beautiful to watch come to fruition.

Several other chart-toppers on the Official Irish Singles Chart also earn their place as some of the biggest singles of the year so far; including Gayle’s TikTok anthem abcdefu (8), Encanto mega-hit We Don’t Talk About Bruno (10) and Dave’s Starlight (11), the UK rapper’s first Irish Number 1.

Once again, Dermot Kennedy claims his place as one of the most successful homegrown Irish acts working right now, with two songs making the list. Better Days (18) continues to remain an extremely popular track for the singer-songwriter, while his newest track of 2022 Something To Someone (44) is his latest to reach Number 1 on the Irish Homegrown Chart.

10 years on from the release of his landmark debut LP channel ORANGE, Frank Ocean’s Lost also places on the end-of-quarter list at Number 27, thanks to the album track’s resurgence across social media in 2022, particularly TikTok.

Kate Bush’s 1985 single Running Up That Hill, which recently reached Number 1 in Ireland following its viral resurgence, also makes the list at Number 34, while Mimi Webb’s House On Fire takes Number 36, and George Ezra scoops the 39th biggest track of the year in Ireland with Anyone For You.