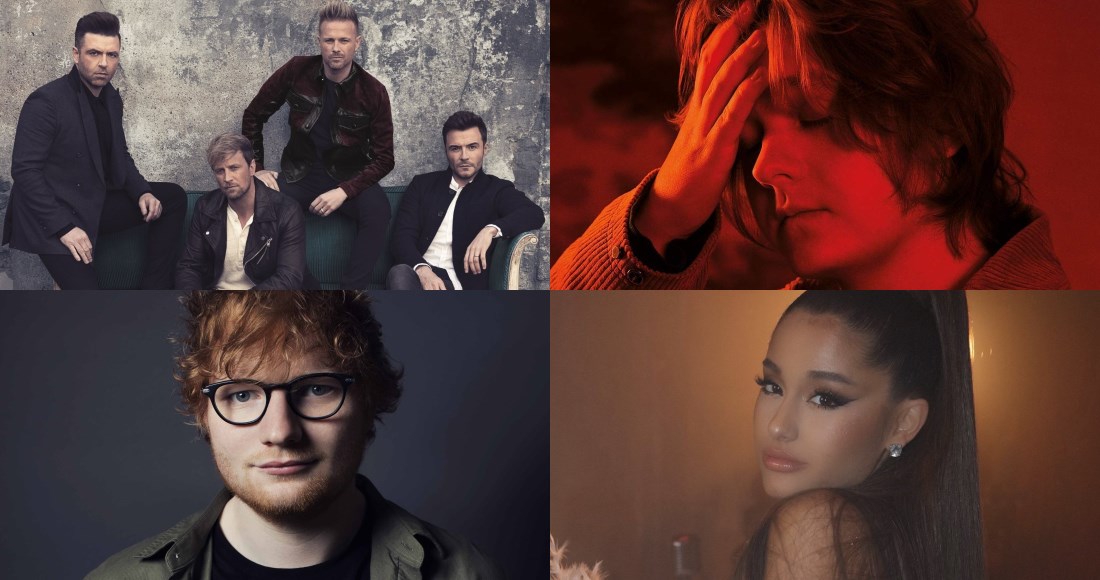 In his breakthrough year, Lewis Capaldi has claimed Ireland's biggest album of 2019.

The fastest-selling album of the year by an international male soloist, Lewis' debut record Divinely Uninspired To A Hellish Extent was the biggest on Irish soil in 2019, notching up 45,000 overall chart sales (physical, download and streaming). The album was the most streamed of the year and the only released in 2019 by a male artist to feature a trio of Number 1 singles.

Some 7.28 million album equivalent sales in were recorded in Ireland across physical, digital and streaming in 2019, up 10% from 2018.

Ireland's most popular album of 2018 ranks in second place for 2019 - The Greatest Showman's Motion Picture Cast Recording was the most physically and digitally purchased album in 2019, two years after its December 2017 release.

Billie Eilish collects 2019's biggest album by a female artist with When We All Fall Asleep, Where Do We Go? in third, while the longest-reigning Number 1 of the year Dermot Kennedy's Without Fear lands in fourth and is the biggest album by an Irish act. Dermot spent seven non-consecutive weeks at the top of the Official Albums Chart.

Ed Sheeran's No.6 Collaborations Project is in fifth, while fellow chart-topping album Thank U, Next by Ariana Grande is sixth.

Dermot Kennedy's self-titled collection (a prelude to his debut album) finished the year at 11, Picture This claim the biggest album by an Irish group at 12 with MDRN LV, and the year's fastest-selling album Spectrum from Westlife ranks at 14. Other 2019 releases in the Top 50 by Irish acts include Hozier's Wasteland, Baby! at 17, Magic Nights by Christy Moore at 32, and The Script's Sunsets & Full Moons at 43.