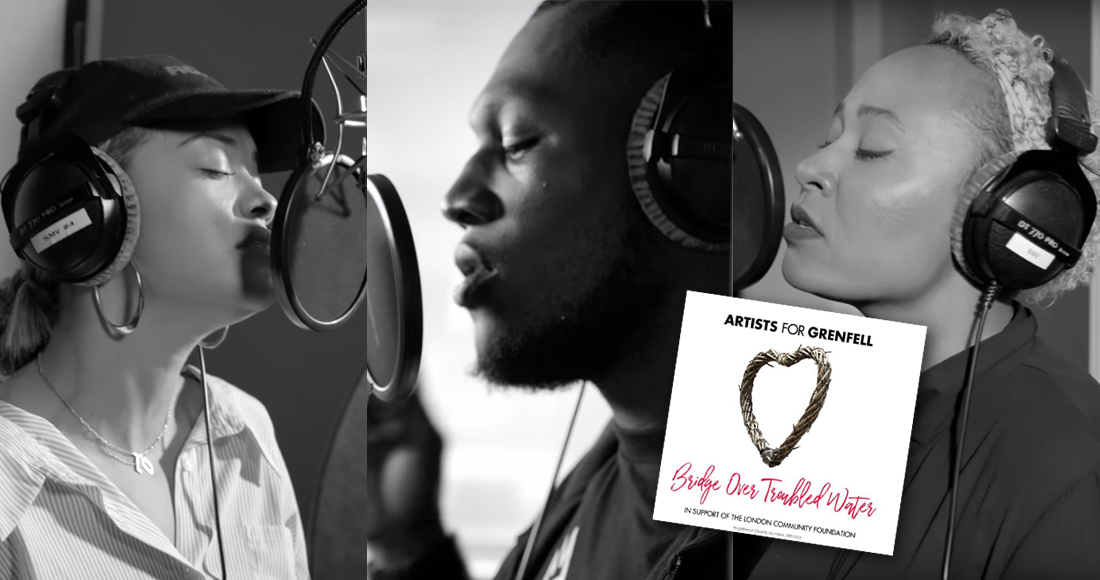 The Grenfell Tower single Bridge Over Troubled Water enters at Number 1 on this week’s Official Singles Chart, just 48 hours after its release.

Released at 8am on Wednesday (June 21), the all-star rendition of Simon & Garfunkel’s track shifted 170,360 across digital and streaming equivalent sales to take the top spot. The majority of the song’s sales came from downloads, making up just under 169,000 of the total.

The track, which features more than 50 artists including Stormzy, Emeli Sande, Robbie Williams and Paloma Faith (see the full list here), had the biggest opening day combined sales of any single this decade, shifting 120k.

Artists For Grenfell’s Bridge Over Troubled Water is now the second fastest-selling single of the year, second to Ed Sheeran’s Shape Of You, which opened with 226,808 back in January.

The song knocks Luis Fonsi, Daddy Yankee and Justin Bieber’s Despacito from Number 1 after six weeks at the summit and finishes 69,000 combined sales behind Bridge Over Troubled Water.

DJ Khaled debuts at Number 3 with his Rihanna and Bryson Tiller collaboration Wild Thoughts, marking the producers second Top 5 single in two months after the chart-topping I’m The One. The entry also gives Rihanna her 30th Top 10 single.

Rita Ora’s Your Song reaches a new peak, jumping four spots to 11, and Camila Cabello’s Crying In The Club jumps three places to sneak into this week’s Top 20 at Number 20.

Finally, Calvin Harris is new at 21 with Feels ft. Pharrell, Katy Perry and Big Sean, his 30th Top 40 hit on the Official Singles Chart, and Selena Gomez’s Bad Liar rebounds 20 places back into the Top 40 at 33.

Remind yourself of every Official UK Number 1 single below: