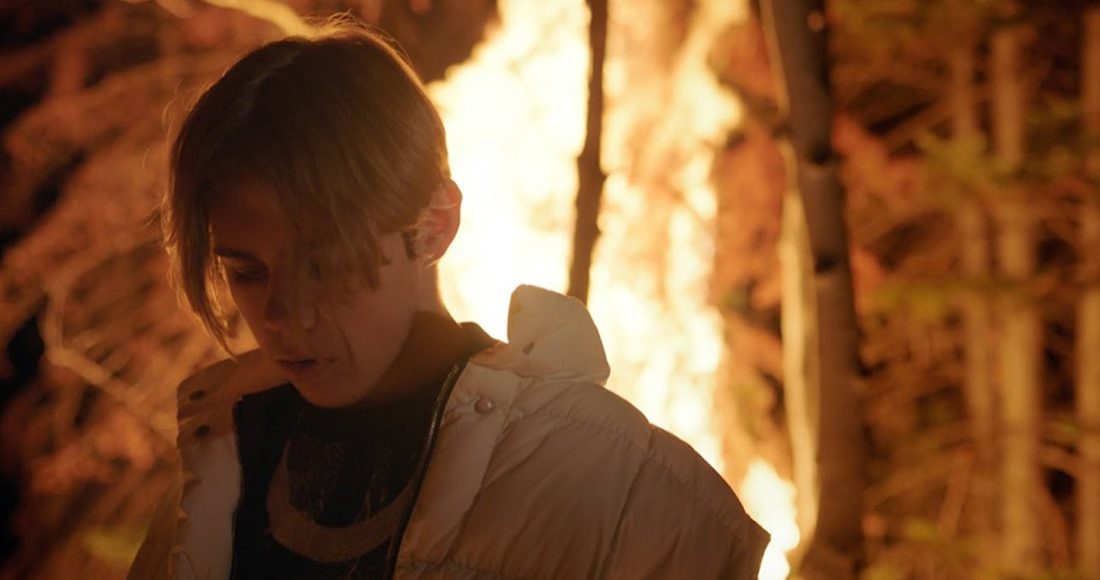 Australian rapper and singer The Kid Laroi has been scaling the Official Singles Chart for the last few months, finally landing himself a place in the Top 5 with acoustic hit Without You in mid-January 2021.

The Kid Laroi has also fared well on the Official Albums Chart, with his debut mixtape F*ck Love rebounding up the Top 100 several times, before reaching its current peak of Number 10 this month. See The Kid Laroi's Official Chart History so far.

Just this week on his Rocket Hour show on Apple Music, Elton John himself told The Kid Laroi that he's going to be "one of the biggest artists in the whole wide world" - so there's no time like the present to catch up. At just 17 years old, Laroi - real name Charlton Howard - already has a solid  repertoire, so we've picked five singles to give you a head start.

Let Her Go is one of The Kid Laroi’s earliest tracks, and is largely considered his breakout song – the first to propel him into the larger public consciousness following its video release on the popular Lyrical Lemonade YouTube channel, which has helped launch the careers of other rappers including Lil Pump, Jack Harlow and Juice Wrld.

At just under 2 minutes 40 seconds, the track is short and sweet with a super catchy refrain - an easy starting point for those new to his music.

Released in January 2020, Laroi teamed up with fellow rising star Lil Tecca for Diva, making the pair serious ones to watch and making names for themselves as two of the standout rap acts of Gen Z. Diva is The Kid Laroi’s third biggest track in the UK, and has over 13.4 million streams here to date.

The Kid Laroi’s friendship with the late Juice Wrld is widely documented; on top of being mentored by the late rapper (who was just 21 when he sadly died), Laroi toured with Juice Wrld and the pair recorded several collaborations together. In addition to Go, two further songs have been released featuring both artists: Reminds Me Of You, and Hate The Other Side (also with Marshmello and Polo G). Go is the pair’s first collab however, and is The Kid Laroi's biggest track in the UK with 151,200 chart sales to date including 22 million streams.

Once you've given this list a try, it's worth a listen to Laroi's tracks with other big collaborators including Machine Gun Kelly, recent chart-toppers Internet Money, and Blackbear.

Released towards the end of 2020, So Done didn’t make the final cut of Laroi’s F*ck Love mixtape, but did feature on its deluxe edition, F*ck Love (Savage). With a video directed by Cole Bennett of Lyrical Lemonade, the song debuted in the UK Top 100 at Number 57 in October 2020, before rising to the Top 40 in the first week of this year - his second big UK chart hit.

Without You is The Kid Laroi’s first single to reach the heights of the Official Singles Chart Top 40 – other tracks had featured on the chart before this, but Without You was the first to make it into the UK Top 40. A real milestone track for the star, this earworm acoustic ballad went viral on TikTok with a snippet of the lyrics spreading across the app and propelling it into charts internationally.

Without You has already made it to the Top 5 on the Official Singles Chart, and with no signs of slowing down could easily continue to climb.