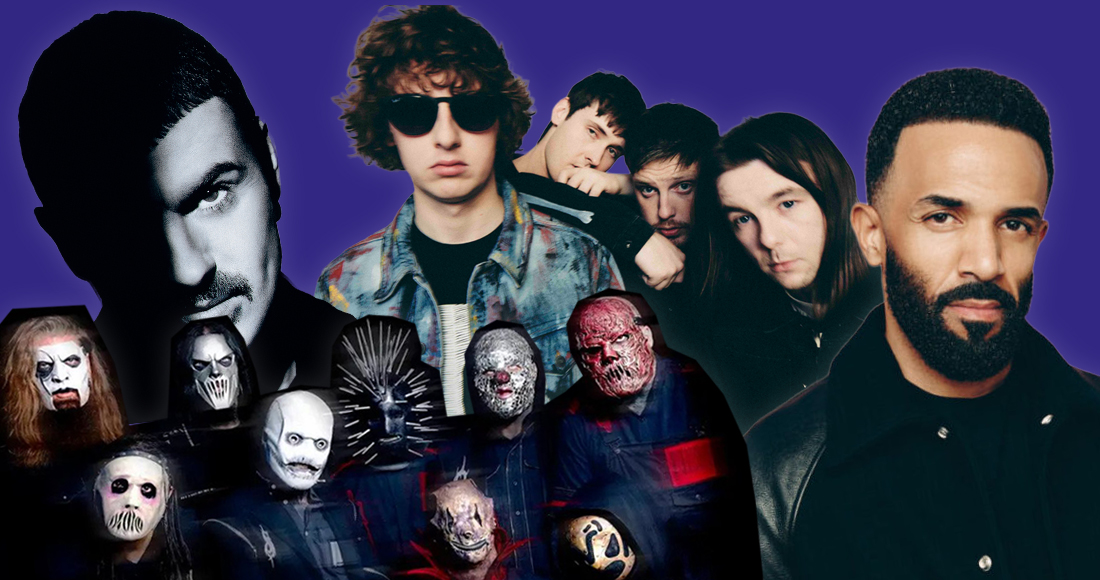 George Michael’s Older re-issue is currently leading a close race for this week’s UK’s Number 1 album, with the possibility of an all-new Top 5.

Originally released in 1996, the Super Deluxe re-release of Older – featuring the album on vinyl for the first time - could top the charts again, 26 years on from its original release.

The third solo album from George, Older reached Number 1 on the Official Albums Chart and contained two UK Number 1 singles (Jesus To A Child and Fastlove).

But it’s far from being a done deal right now as heavy metal terrors Slipknot return with The End So Far (2). The follow-up to 2019’s chart-topping We Are Not Your Kind, Slipknot trail by less than 2,500 copies midweek and claim the most downloaded release of the week so far.

MORE: You can discover more about Older’s chart legacy here

Following on Slipknot’s heels are The Snuts and the second album from the Scottish indie-rockers, Burn The Empire (3). The Snuts became the first Scottish band to score a UK Number 1 debut album in 14 years last year when W.L landed straight in at the top of the Official Albums Chart.

Craig David returns with his eighth studio album 22 (4), while US alt-rock idols The Yeah Yeah Yeahs round up our all-new midweek Top 5 with their first album in nine years, Cool It Down (5).

Icelandic auteur Bjork returns from a long slumber with Fossora (6) which could become her first UK Top 10 album in 15 years, since 2007’s Volta. Bostonian band Pixies eye up their seventh Top 10 record with Doggerel (7) and alt-rock duo Shakespears Sister celebrate the 30th anniversary of second album Hormonally Yours (8), which originally peaked at Number 3 in 1992.

US rapper Denzel Curry zones in on his first Top 40-charting album in the UK with Melt My Eyez See Your Future (11), as do LA trio Gabriels with Angels & Queens (12).

Queen drummer Roger Taylor is on the path for his third Top 20 solo outing with The Outside Tour Live (15) as British new wave outfit Ultravox’s fifth record Rage In Eden paces to re-enter the chart for its 40th anniversary (16), it originally peaked Number 4 in 1981.

And finally, reformed synth-pop outfit Blancmange are on the path to securing their first charting UK Top 40 album in over 30 years with Private View currently expected to debut at Number 33, which would mark the best chart placing for the duo since 1984’s Top 10 hit record Mange Tout.