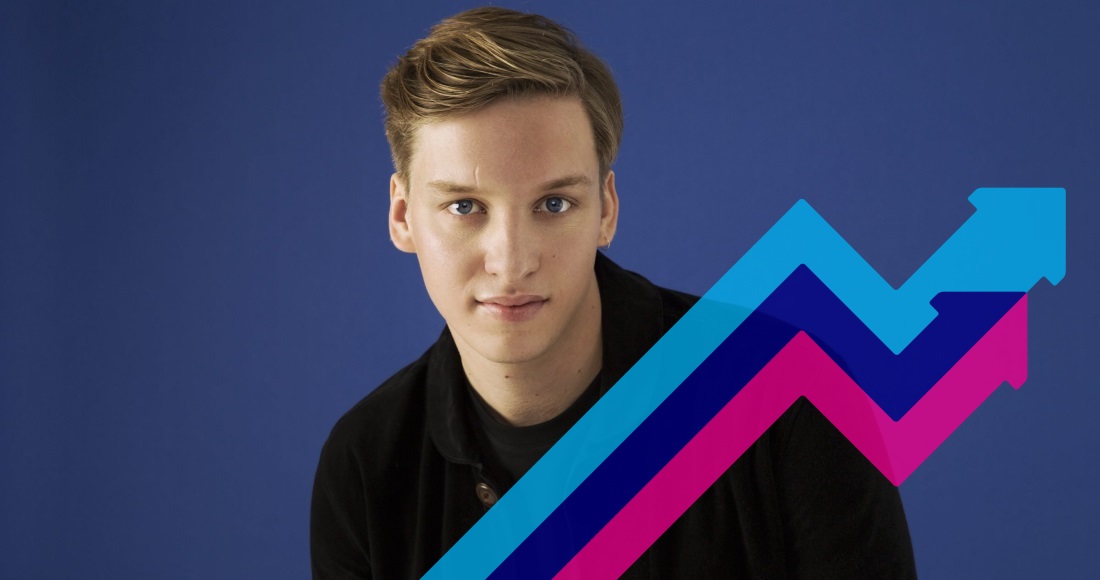 George Ezra's latest single Shotgun claims the Number 1 spot on this week's Official Trending Chart - the Top 20 rundown of new songs making the biggest impact in the UK each week.

The British singer-songwriter's summery spin-off from his latest album Staying At Tamara's is currently scaling the Official Singles Chart, so far up 12 places this week to Number 8 on the latest sales flash.

If holds its position, Shotgun could become George's fourth Top 10 on the Official Singles Chart this Friday (June 8), following the Number 2 smash Paradise.

The 1975 also make a big impact on this week's Official Trending Chart with their brand new single Give Yourself A Try. The song, which heads up their new album A Brief Inquiry Into Online Relationships, could become their highest charting single to date this week, currently at Number 12 on the Official Singles Chart.

Elsewhere, Tom Walker's 2017 single Leave A Light On continues to enjoy a huge boost thanks to its use in the advert for Sony's Bravia TV, while brand new singles from Maroon 5 (Girls Like You), AJ Tracey (Butterflies) and James Arthur (You Deserve Better) also feature in the Top 20 countdown.

Finally, three songs from surprise releases impact this week's Official Trending Chart: J Hus' Dark Vader from his Big Spang EP, and Kanye West's Yikes and All Mine from his new record Ye.