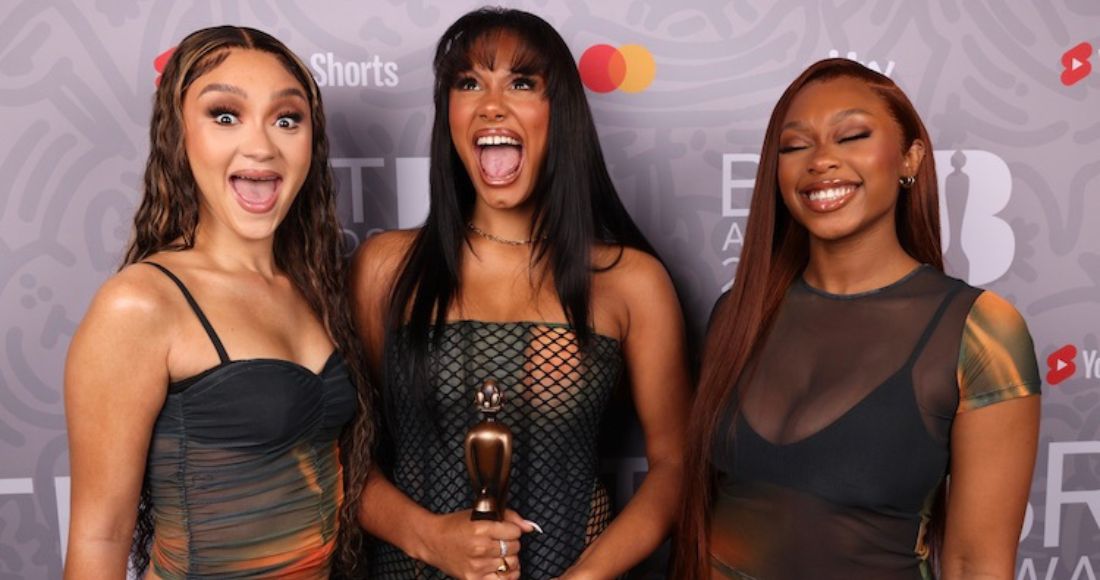 FLO have won the BRITs Rising Star 2023 award, becoming the first girlgroup to scoop the honour.

Comprised of Renée, Jorja and Stella the trio only started releasing music this year since signing to Island Records, but thanks to a series of buzzy singles (including the viral debut single Cardboard Box) and a very solid first EP (The Lead) they have quickly become the de facto heirs to the British girlband crown left vacant by Little Mix.

The result of the BRITs 2023 Rising Star Award was announced by Clara Amfo live on her BBC Radio 1 Future Sounds show this evening.

Reacting to the news, Flo said: "From growing up watching the BRITs, to finding each other and forming FLO, releasing our first body of work in 2022 and winning a BRIT award in the same year!!

We are so shocked and grateful. We are the first group to win the BRITs Rising Star! We’ve just made history and couldn’t have done it without our wonderful fans and supportive families. It’s truly a dream come true. We feel so empowered creating the music we love and we hope others feel that too."

They triumphed over fellow nominees Cat Burns and Nia Archives.

The 2023 BRIT Awards will be handed out next year on Saturday February 11, the first time in the show's history that the ceremony will take place on Saturday (and very handy at that, too).

Nigerian artist Slawn has been announced as the designer for the 2023 BRIT Awards statuette, following in the steps of acclaimed past contributors like Dame Vivienne Westwood, Anish Kapoor and Tracey Emin. The London-based Slawn becomes the latest artist to add their unique stamp and flair to the BRIT Awards.

The bronze design has its roots in his native Lagos, and Slawn says that "I’ve created something that I am extremely proud of that I feel represents my past, present and future. The placement of the arms and the decision to have three heads meant that I could create an award that shows a different perspective at every angle."

This year's 2022 BRIT Awards saw Adele walk away as the big winner of the night; scooping the gongs for Song of the Year (for Easy On Me), Artist Of The Year and the biggest award of the night, the coveted Mastercard Album of the Year for 30.

The Brit Awards 2023 land February 11 2023. Keep an eye on OfficialCharts.com for the full list of nominations.