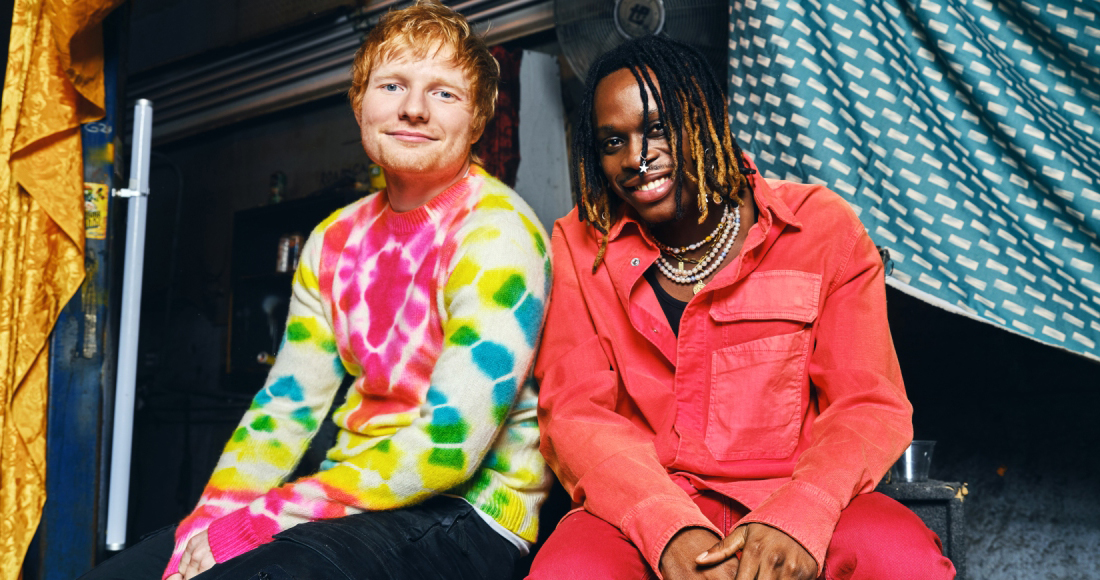 Fireboy DML & Ed Sheeran are leading the way on this week’s Official Chart: First Look with Peru, as the Afrobeats hit heads for Number 1.

The track, which previously spent four weeks atop the Official UK Afrobeats Chart, is up three places to Number 1 after 48 hours thanks to strong sales on CD single.

If Peru can hold on, it will mark Nigerian singer Fireboy DML’s first UK Number 1 single, and Ed Sheeran’s 14th.

We Don’t Talk About Bruno from Encanto - which last week became the first original Disney song to ever reach Number 1 on the Official Singles Chart - is at Number 2 today, but is leading on streams and could potentially reclaim its place at the top.

Following news of the death of Meat Loaf last week (January 20), three of the iconic performer’s songs could return to the Official Singles Chart.

Bat Out Of Hell is currently at Number 4, which would mark a new peak for the song if it holds its place. His 1993 Number 1 I’d Do Anything For Love (But I Won’t Do That) is at Number 7, and Two Out Of Three Ain’t Bad is set to enter the Top 20 for the very first time at Number 15, having originally peaked at Number 32 in September 1978.

The last time Meat Loaf had a single in the Official Singles Chart Top 40 was November 2006, with It's All Coming Back To Me Now ft. Marion Raven which reached Number 6.

Belgian DJ Lost Frequencies and singer Calum Scott could rise into this week’s Top 10 with Where Are You Now, which is up three to Number 8 on the First Look. If it can hold on the track will be both artists’ second Top 10 single.