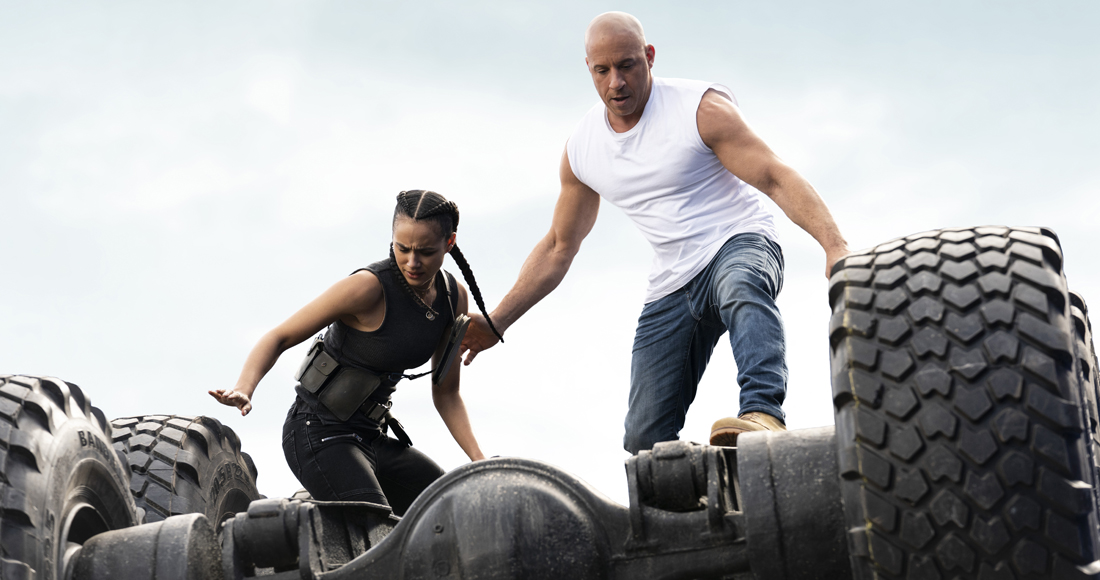 Fast & Furious 9 accelerates up to Number 1 on the Official Film Chart.

Thanks to its release on DVD and Blu-ray, the latest chapter in the Fast & Furious series speeds up three places on last week to take its place as the biggest film in the UK, outselling the rest of the Top 5 combined. This means Jungle Cruise is denied a second week at the top, dropping to Number 2.

Free Guy (3) and Spectre (4) both drop one place on last week, while Black Widow (5) holds on strong in the Top 5. Venom jumps five places to return to the Top 10 at Number 6, as fans catch up before they head to the cinema to enjoy its sequel Venom: Let There Be Carnage.

This week’s highest new entry is M. Night Shyamalan thriller Old, which debuts at Number 7 on digital downloads only. A family vacation is turned into a nightmare when they head to a secluded beach for the day, only to discover it is causing them to age rapidly, reducing their entire lives into a single day.

The Croods: A New Age drops to Number 8, while LeBron James teams up with the Tune Squad to save his son in our second brand new entry this week, nostalgic sequel Space Jam: A New Legacy, which lands at Number 9 on just digital download sales.

Finally, Skyfall drops three places to round off this week’s countdown at Number 10.

Take a look at Find Any Film's latest trailer, featuring all the biggest films coming to disc & digital over the coming months: