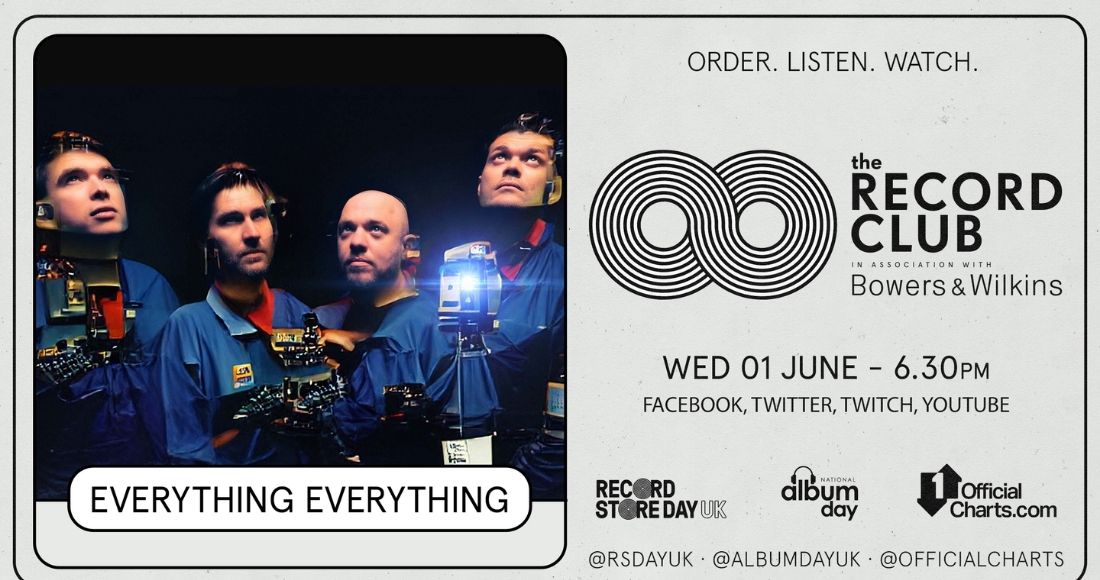 Everything Everything have been announced as the next guests on this week's instalment of The Record Club.

The five-piece alt-rock band, who hail from Manchester, will be discussing their sixth record, Raw Data Feel, which became their fifth (and highest charting!) UK Top 10 album last week when it debuted at Number 4 on the Official Albums Chart.

Make sure to tune into The Record Club at 6.30pm this Wednesday (June 1), where Everything Everything's chat with Jess Iszatt will be broadcast live across Facebook, Twitter, Twitch and Youtube. Set a reminder for yourself to tune in here.

Fans are encouraged to tune in live, and prepare questions for Blondie as we'll be putting a selection of them to the pair during the stream - and if yours is asked during the chat you could be in with a chance to win a pair of Bowers & Wilkins headphones!