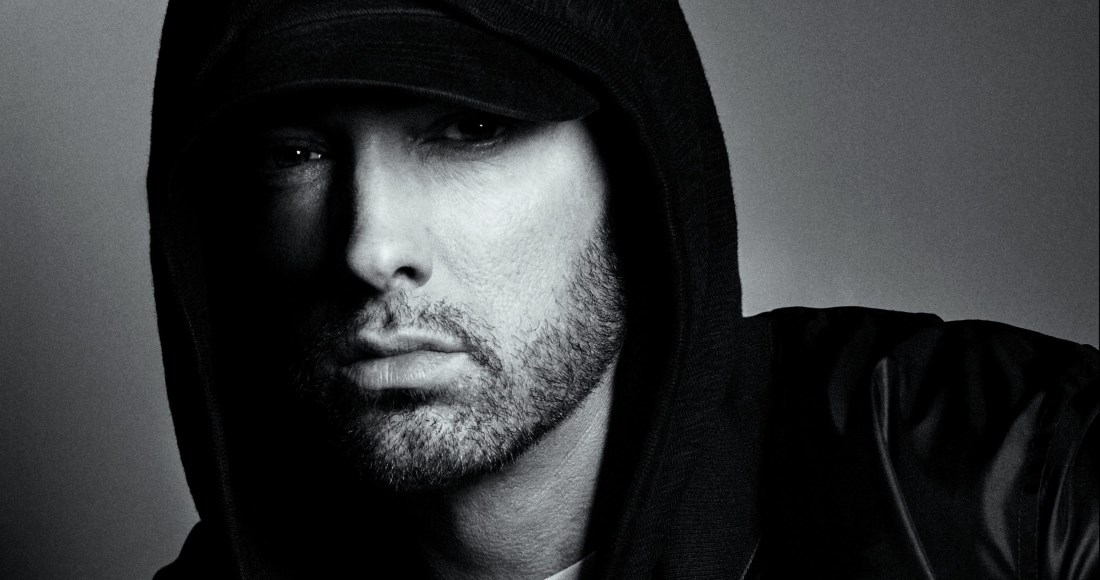 Eminem is Number 1 on this week's Official Albums Chart and makes UK Official Chart history as a result.

Kamikaze is Marshall Mathers' ninth consecutive chart topper on the Official Albums Chart, meaning he now has more successive Number 1s than any other act in UK chart history, the Official Charts Company can confirm. Eminem previously shared the record with Led Zeppelin and ABBA who held it jointly for 36 years with a run of eight unbroken Number 1s apiece.

Discussing his record, Eminem asks OfficialCharts.com: “Does this mean I get to call myself Sir Eminem?”

We’re not quite sure on that one, but it does mean Eminem can stand tall as the international act with the most UK Number 1s on the Official Albums Chart this millennium. Robbie Williams is the only artist to have more, with 10. Check out the huge sales behind the rest of Eminem's albums here.

55,000 units makes Kamikaze the fourth fastest-selling release of 2018 so far behind albums from Arctic Monkeys, Drake and George Ezra.

The majority of Eminem's total this week was down to streaming; with 30,000 album equivalent streams logged, this gives Kamikaze the fifth most first week streams in history.

The Top 5 biggest first week streams for albums on the Official Albums Chart are:

Having also netted the Official Christmas Number 1 album in 2017, the US rapper has secured his second chart topper in less than a year. The previous act to achieve this feat were Michael Ball and Alfie Boe with Together in December 2016, and Together Again in November 2017. See where all of Eminem's singles and albums have landed on the Official Charts.

Martin Talbot, Chief Executive, Official Charts Company adds: “Many congratulations to Eminem. To release nine successful albums is an achievement in itself, but to reach the UK’s Official Albums Chart summit with each of them, consecutively, without a break, across 18 years, is quite remarkable.”

Bristol punk rockers IDLES collect their first Official Chart entry with sophomore album Joy as an Act of Resistance (5), the best-selling release on vinyl of the past seven days - take a look at this week's Official Vinyl Albums Chart Top 40 in full.

Passenger makes it five Top 10 entries with Runaway at Number 6, The Kooks debut at Number 9 with Let's Go Sunshine, their highest position in 10 years, and Australian star Troye Sivan picks up his second UK Top 10 entry with Bloom at Number 10.

Road to the Royal Albert Hall, new at Number 19, is Collabro's fourth Top 20 collection, while Anna Calvi earns her highest charting album ever at 22 with Hunter. YouTube star Emma Blackery lands at Number 24 with her debut album Villains, one slot ahead of boyband Why Don't We, whose first effort 8 Letters begins at Number 25.