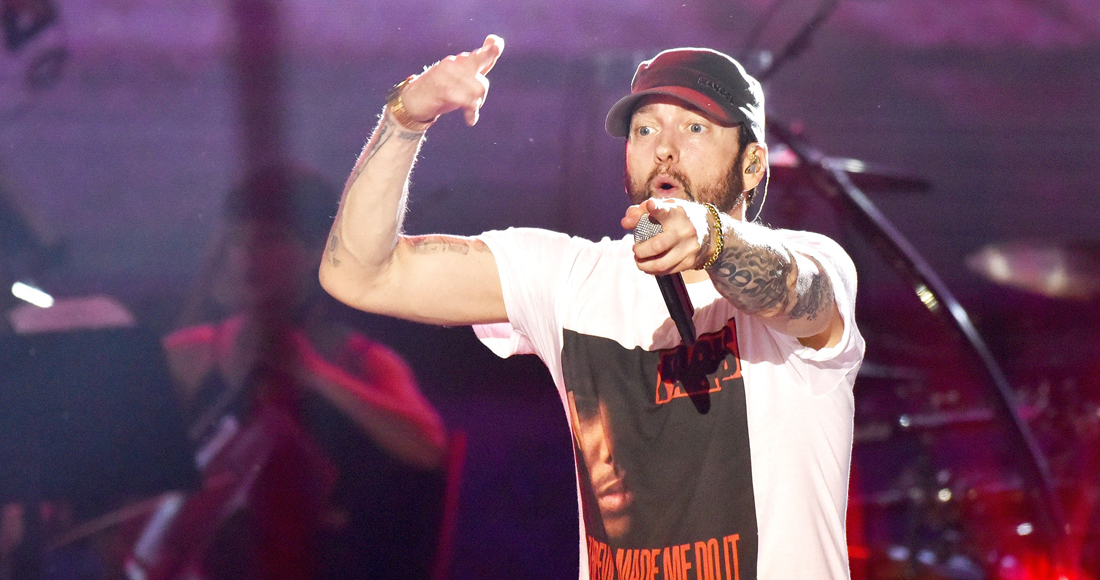 Eminem has shared who he believes are the greatest rappers of all time.

On Saturday (June 13) the Rap God himself replied to a tweet from NoLifeShaq, asking who he believed to be the greatest rapper of all time. The tweet from the YouTuber was sent to 30 rappers in total, including Drake and Travis Scott.

In a surprise reply, Eminem posted his favourites in "no particular order", adding it was a toss up between Lil Wayne, 2Pac, Jay-Z, Royce Da 5'9, Redman, Notorious B.I.G, Treach, Kool G Rap and Kxng Crooked.

Eminem has been full of praise for his peers of late: in May, during his Music To Be Quarantined By playlist on Siriux FM, he said 2Pac "might be the greatest songwriter of all time" before playing the late rapper's track If I Die 2Nite.

Back in 2002 Eminem shared his list of top rappers on his song Till I Collapse, rapping: "I got a list, here's the order of my list that it's in/ It goes, Reggie, Jay-Z, Tupac and Biggie/ Andre from Outkast, Jada, Kurupt, Nas and then me."

In January this year Eminem scored the Official Chart double, landing at Number 1 on both the singles and album charts with Godzilla and Music To Be Murdered By. The rapper extended his run of consecutive chart-topping albums to ten, more than any other act in UK chart history.