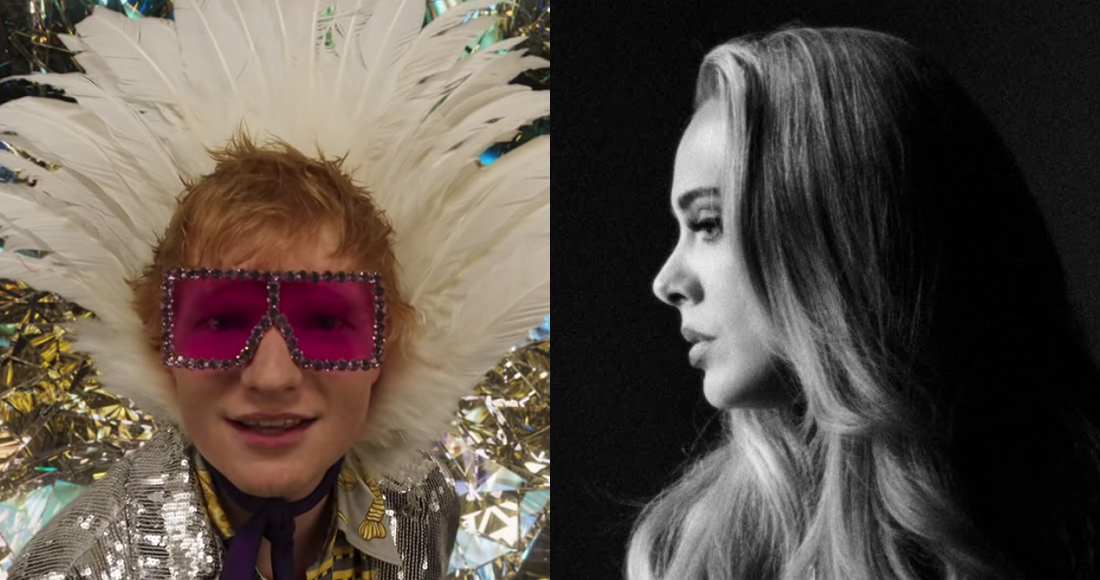 Ed Sheeran is up against Adele once again for this week’s Number 1 single on the Official Chart: First Look, one week after releasing his now chart-topping album = (Equals).

Ed’s smash hit Shivers is at the top of today’s first look, but with just 500 chart sales between Shivers and reigning Number 1 Easy On Me by Adele, it’s all to play for.

Currently tracking to be the highest new entry on this week’s chart, Brighton rapper ArrDee is at Number 6 with Flowers (Say My Name). Interpolating Sweet Female Attitude’s Flowers and Destiny’s Child’s Say My Name, the song is set to become ArrDee’s third Top 10 single in the UK.

Further down, Travis Scott is at 17 with Escape plan, while Clean Bandit, Topic and Wes Nelson climb eight spots to Number 18 on the First Look with Drive – a new peak for the song if it can hold on until Friday’s Official Singles Chart.

Finally, Summer Walker & SZA team up for No Love (20) from Summer’s new album Still Over It. If it stays on track it will mark Summer Walker’s highest charting single to date, and SZA’s fifth Top 20 single.