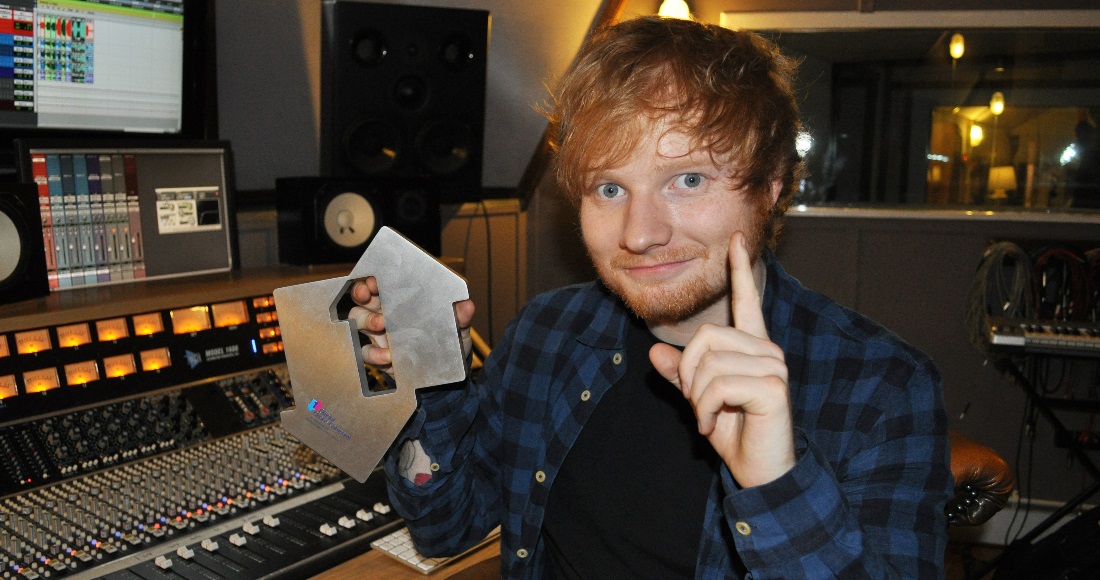 Sing when you're winning: Ed Sheeran scores his first ever Number 1 single! While Stephen Sutton tribute debuts in the Top 20.

Congratulations to Ed Sheeran, who has gone straight in at Number 1 on the Official Singles Chart today with Sing.

Despite writing One Direction’s 2012 chart topping single, Little Things, and having 12 Top 40 hits in his own right, Sing is the 23-year-old Suffolk born singer/songwriter’s first ever Number 1 single as a lead artist.

“It’s fantastic!” Ed told the OfficialCharts.com. “It’s nice to finally have a Number 1 in my home country. Thank you to everyone who supported the single for making this happen.”

According to the Official Charts Company’s sales data, Sing has sold nearly 124,000 copies over the last seven days.

Sing, which was co-written and produced by Pharrell Williams, is the second single to be released from Ed’s hotly anticipated new album, X; it’s predecessor, One, peaked at Number 18 on the Official Singles Chart last month after just 48 hours on sale. X will be released in the UK on June 23.

Meanwhile, Sam Smith holds firm at Number 2 today with Stay With Me, while last week’s chart topper, I Wanna Feel by Anglo-American DJ and producer Secondcity slides two places to Number 3. Waves by Mr Probz remains static at Number 4, and John Legend’s All Of Me (Number 5) completes this week’s Top 5.

This week’s second highest new entry comes courtesy of The Neon Brotherhood with their track, Hope Ain’t A Bad Thing (Number 16). The 40-strong group are friends of the late cancer campaigner Stephen Sutton.

“One of the things on Stephen‘s bucket list was to release a charity single,” explains his friend Tom Drover, who played guitar on the track. “We all decided to come together to do something for Ste.”

Stephen sadly passed away last month after losing his battle with the disease. He was just 19-years-old.

Lethal Bizzle and Cherri Voncelle are new in at Number 20 today with The Drop, while Kasabian enter two places behind them with Eez-eh (22). This week’s new entries are completed by Wilkinson’s Half Light FT Tom Cane (25), and R3hab, Nervo and Ummet Ozcan’s Revolution (37).