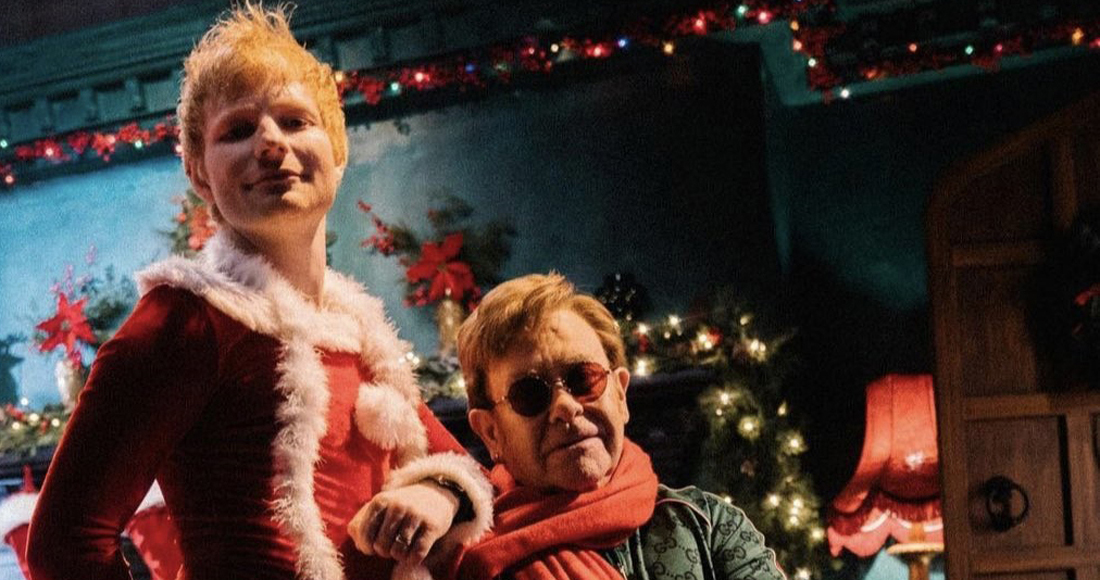 With more than double the chart sales of its closest competition – reigning Number 1, Easy On Me by Adele – the pair are sleigh-riding into success on the Official Chart: First Look. If the song can hold on, it will mark Ed Sheeran’s 12th total Number 1 single, and third this year, and Elton John’s 9th and second this year.

14 total Christmas songs are currently sitting in the Top 20 after 48 hours, including George Ezra’s Come On Home For Christmas, soaring 31 places to Number 5. If he holds on, it will mark George’s first Top 5 single since his 2018 Number 1 smash Shotgun.

Other festive hits set to rise into the Top 10 this week include The Pogues & Kirsty MacColl’s Fairytale Of New York (6), Shakin’ Stevens’ Merry Christmas Everyone (7), Michael Buble’s It’s Beginning To Look A Lot Like Christmas (8) and Brenda Lee’s Rockin’ Around The Christmas Tree (9).

British singer Olivia Dean could land her first Top 20 hit, and indeed her first Top 40, with her Amazon Originals cover of Nat King Cole’s classic The Christmas Song. The track has already rocketed 29 places so far this week to Number 17.

The remaining hits jingling their way into the First Look are: Band Aid – Do They Know It’s Christmas? (11), Elton John – Step Into Christmas (12), Kelly Clarkson – Underneath The Tree (14), Ariana Grande – Santa Tell Me (16) and Andy Williams – It’s The Most Wonderful Time Of The Year (19).