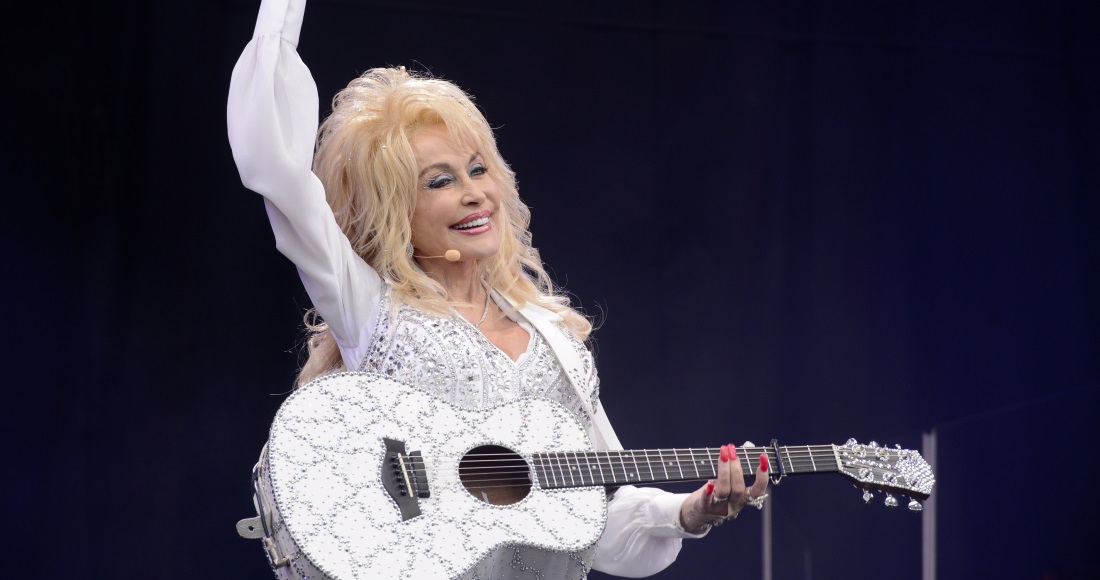 With a back catalogue as dazzling as the rhinestones on her cowboy boots, Dolly Parton's career is markedly different from other music icons. For starters, she has never had a UK Number 1 single or album, landing just two Top 10 singles to date.

Instead, her music has gently permeated popular culture over the last 54 years and 50-plus albums, with many of her songs enjoying an unexpected resurgence - often several times over - earning her some impressive streaming numbers.

This 2019 team up with Swedish production duo Galantis saw Dolly inject her warm spirit into EDM - no mean feat against this particularly chaotic production.

Dolly wrote the country ballad as a farewell to her former partner and mentor of seven years, Porter Wagoner. It was a hit in America but failed to chart in the UK - until it was re-recorded into a power ballad by Whitney Houston for The Bodyguard film in 1992, where it topped the Official Singles Chart for ten weeks and claimed that year's Christmas Number 1.

It was tough paddling up the Official Chart Dolly's duet with fellow country icon Kenny Rogers in 1983, the song eventually dropping its anchor at Number 7 after an eight-week climb. A cover of the song has since gone to Number 1: a reworked version for Comic Relief in 2009 saw Sir Tom Jones team up with Robin Gibb and Gavin & Stacey actors Rob Brydon and Ruth Jones.

Jolene is Dolly's joint-highest charting single in the UK, peaking at Number 7 in 1974. Following her Glastonbury Legends slot performance in 2014, the song returned to the Top 100 at Number 52. According to Dolly, it's the song most covered by other artists she has written; its classic status secured when it won a Grammy 43 years after its release thanks to a cover by Pentatonix in 2017 in which she also featured, which appears at 13 on her most-streamed Top 20.

Written by Dolly for the the film of the same name in which she starred alongside Jane Fonda and Lily Tomlin, 9 To 5 is the star's most acclaimed song, earning her an Oscar nomination and four Grammy nods, including two wins, for Best Country Song and Best Country Vocal Performance, Female. Despite its enduring success (and over 80 million streams), 9 To 5 has never reached the UK Top 40, peaking at 47 in 1981.