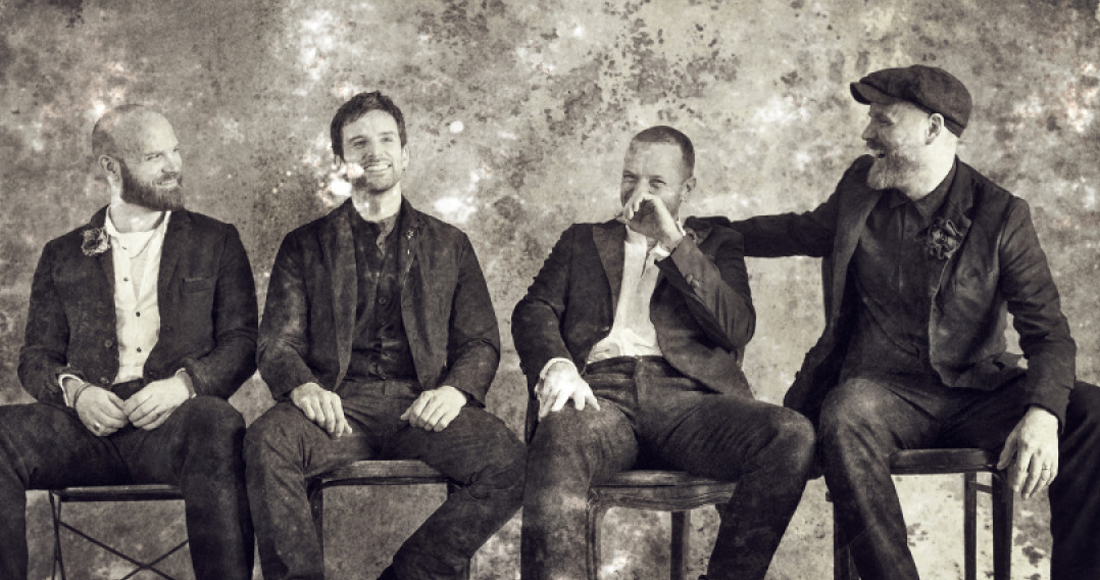 Congratulations to Coldplay, who land straight in at Number 1 on this week’s Official Albums Chart with Everyday Life, fending off competition from Robbie Williams’s new festive collection The Christmas Present.

The band’s eighth studio album opens with 81,000 chart sales, making it the third fastest-selling album of the year, behind Ed Sheeran’s No.6 Collaborations Project (125,000) and Lewis Capaldi’s Divinely Uninspired To A Hellish Extent (90,000).

It means Robbie has to settle for second place with his new album and first ever Christmas record The Christmas Present, which opens with 67,000 chart sales. All of Robbie’s albums have charted in the Top 2.

However, the Stoke-On-Trent star claims a curious new chart feat all of his own this week – becoming the fastest-selling cassette release in almost two decades, shifting nearly 10,000 copies on cassette in the past 7 days. That’s even more than the likes of Billie Eilish, The 1975 and Kylie Minogue who all had huge opening sales of their latest albums on the retro format. The last album to sell more than The Christmas Present’s 9,661 copies in a week was Now 52 way back in July 2002.

Completing this week’s all-new Top 3 is Rod Stewart with You’re In My Heart – an album of Rod’s classic vocals newly arranged with the Royal Philharmonic Orchestra – earning the legendary singer a 36th Top 10 album.

Three more new releases land inside this week’s Top 10: Andre Rieu & Johann Strauss open at 6 with Happy Days, Leonard Cohen’s first posthumous album Thanks For The Dance lands at 7, and new Bing Crosby record Bing At Christmas with the London Symphony Orchestra is at 9.

Actor Luke Evans makes his Official Chart debut with At Last at 11, and husband and wife duo Martin & Shirlie Kemp debut at 12 with In The Swing Of It.

Further down, Kylie Minogue’s Step Back In Time – The Definitive Collection returns to the Top 40 at 16 following an expanded edition re-release, US rapper Trippie Redd is new at 32 with his A Love Letter To You 4 mixtape, and Beck claims his ninth UK Top 40 album with Hyperspace at 33.