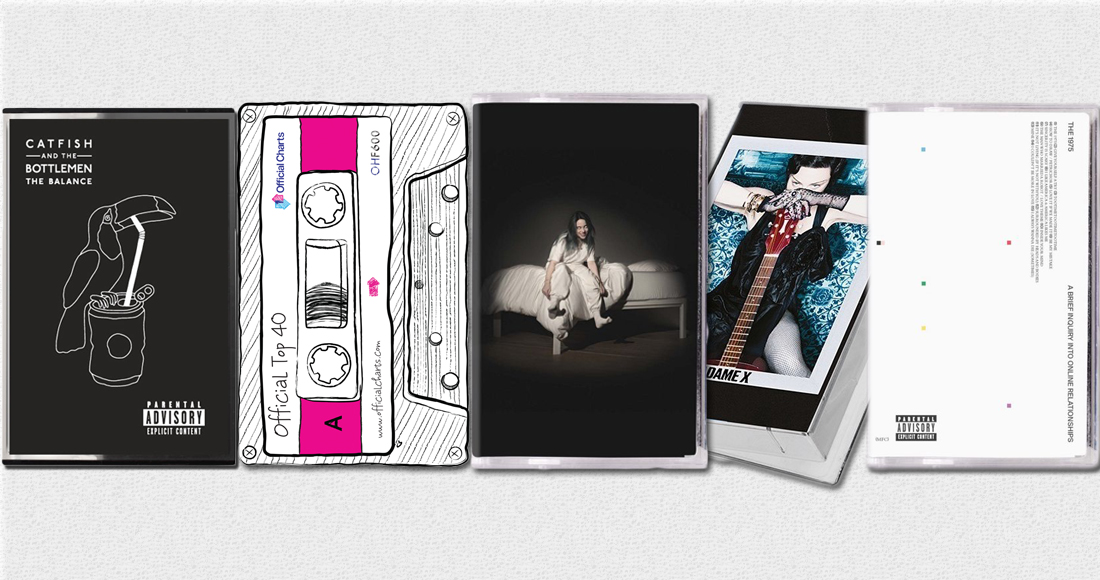 The unlikely comeback of the humble cassette continues to grow in 2019, with sales at their highest since 2004, OfficialCharts.com can reveal.

Spurred on by the vinyl revival, music buyers are steadily returning to the cassette for its retro appeal, collectability and its novelty value. The format’s return coincides with the 40th anniversary of the Sony Walkman this month, celebrated in a new exhibition at the Sony museum in Tokyo, which runs until September 1.

Sales remain small in the context of the overall music market according to music industry trade body the BPI, representing a miniscule 0.2% of albums sold in the UK this year, but sales are on a small-but-steady increase, so far up 112% year-on-year. The final quarter of 2018 was also the biggest for cassette sales in the UK since 2004 and so far in 2019 36,000 have been sold according to the BPI and Official Charts Company data.

Looking down the Top 20 best-sellers on the year to date below, it’s clear cassette sales favour those artists who have harnessed a fanbase of avid collectors, regardless of genre.

The current biggest is Billie Eilish’s When We All Fall Asleep, Where Do We Go?. The cassette, which has sold 4,000 copies, was released in a variety of limited-edition colours: black, orange and UV green. Ironically, cassettes were considered all-but-defunct when 17-year-old Billie was born in 2001. 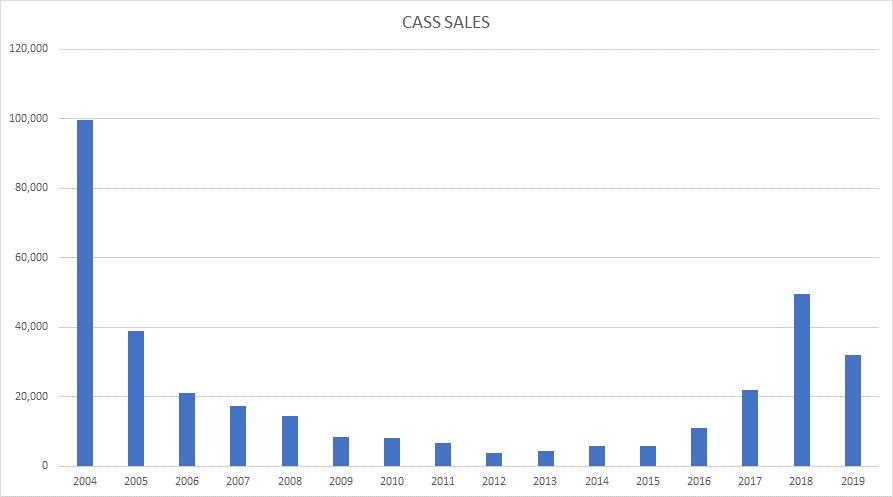 Cassette sales by calendar year since 2004

Other ‘big’ sellers this year are Catfish & The Bottlemen’s third album The Balance, Madonna’s Madame X, Kylie’s Step Back In Time and Lewis Capaldi’s chart-topping debut Divinely Uninspired To A Hellish Extent.

Another popular release is the Guardians Of The Galaxy soundtracks, which appear at 2 and 4 on the decade chart. Inspired by the films, the first collection of ‘80s classics was released in 2014, playing a significant role in spearheading the format’s return. They’ve sold 6,800 and 6,100 on cassette respectively.

Kylie Minogue is also a big seller on the vintage platform, shifting 6,300 tapes of her Number 1 album Golden. Following its initial release, Kylie also released a Collector's Edition and a Winter Collector's Edition on cassette. The singer’s recent chart-topping best of, Step Back In Time, places tenth.