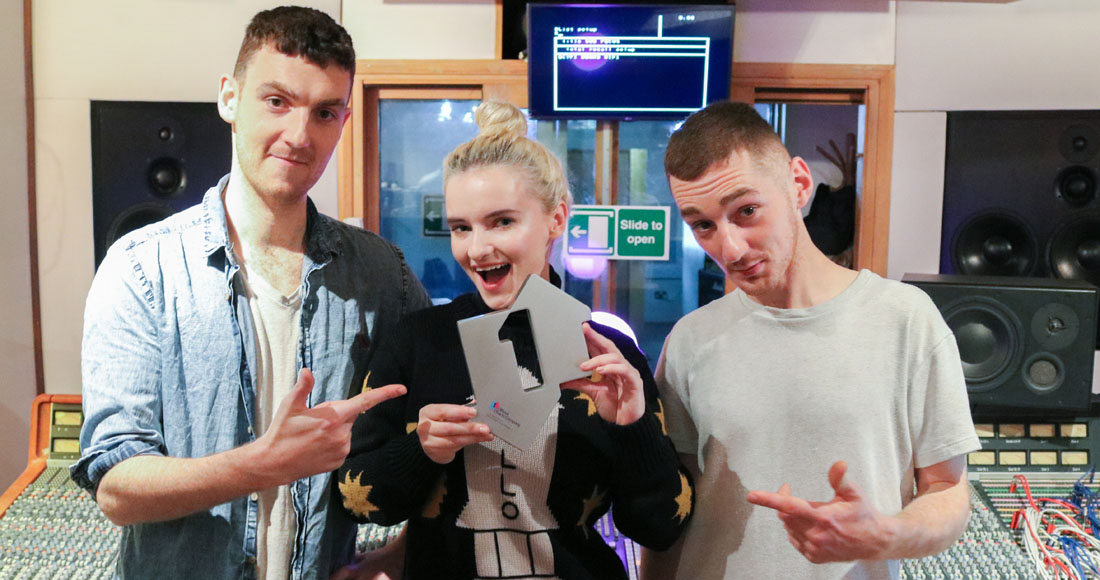 Congratulations to Clean Bandit, who claim this week’s Number 1 on the Official Singles Chart with their latest single Rockabye.

Rockabye - which features rising star Anne-Marie and rapper Sean Paul – takes this week’s top spot with 72,000 combined sales, made up of 37,000 downloads and 3.5 million streams. It's the group's second chart-topper following Rather Be in 2014.

Watch the band celebrate their Number 1 single below:

Rockabye made a big splash on the Top 40 when it was released three weeks ago, debuting at Number 7. Last week, the song climbed to Number 3 before taking pole position today.

Clean Bandit last topped the Official Chart with Rather Be, logging four weeks in pole position. Since then they’ve notched up a string of Top 10 hits, including Stronger, Real Love and Tears (featuring Louisa Johnson). Check out their complete Official UK Chart history here.

Louisa Johnson’s So Good makes a significant gain on this week’s Official Singles Chart, leaping seven places to Number 13, while The Vamps claim their eighth Top 40 hit with All Night ft. Matoma, which vaults 56 places to 24.

Look back through every Official Number 1 single of 2016 so far below: