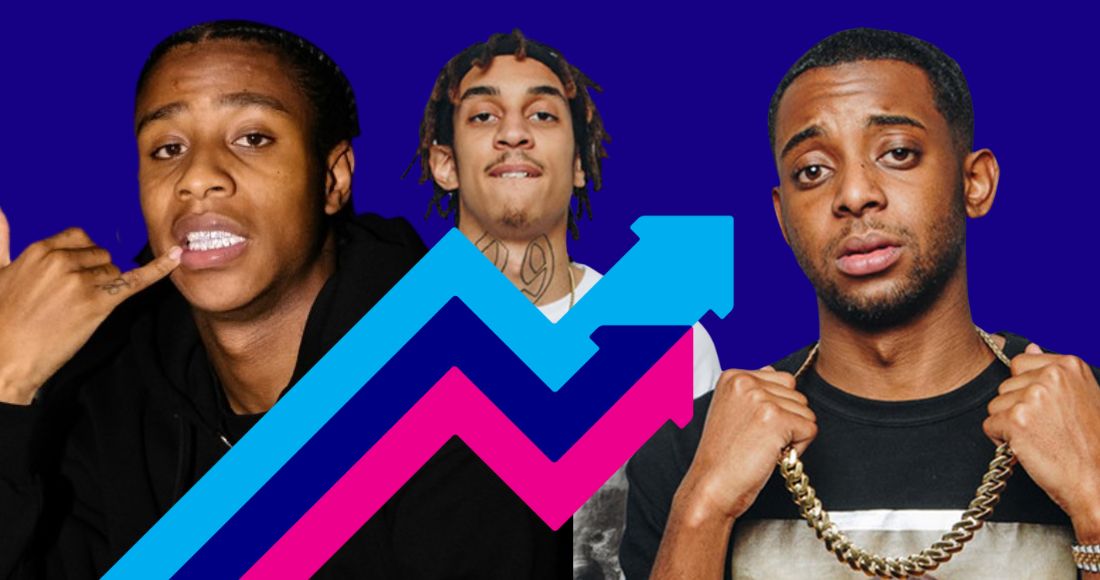 Clavish and D-Block Europe arrive at Number 1 on the Official Trending Chart with their new collaboration Rocket Science.

Currently tracking to debut at Number 9 on the Official Singles Chart, it would represent the first career entry into the Top 10 for Clavish, and the second overall for D-Block Europe.

Hailing from North London, Clavish has slowly but steadily risen in the ranks of London MCs, first experiencing his breakthrough in 2018 after a series of freestyles. Now signed to Polydor, Clavish has had three singles chart in the lower reaches of the Official Singles Chart Top 100 this year; Sold Out Dates (Number 93), Greece (70) and Public Figure (66).

We have a whole host of new entries on the Official Trending Chart this week, which you can view now in full below, but here are some select highlights:

Mancunian rapper Meekz's new mixtape Respect The Come Up has just dropped, and its biggest track with none other than Santan Dave himself is coasting for a Top 40 debut (Fresh Out The Bank), Raye teams up with experimental electronic producer 070 Shake for a revelatory new single (Escapism), Pharrell and Travis Scott's long-awaited hook-up was worth the wait (Down In Atlanta) and The xx's Romy could secure her first Top 100 entry as a solo artist with Fred again.. trance anthem Strong.