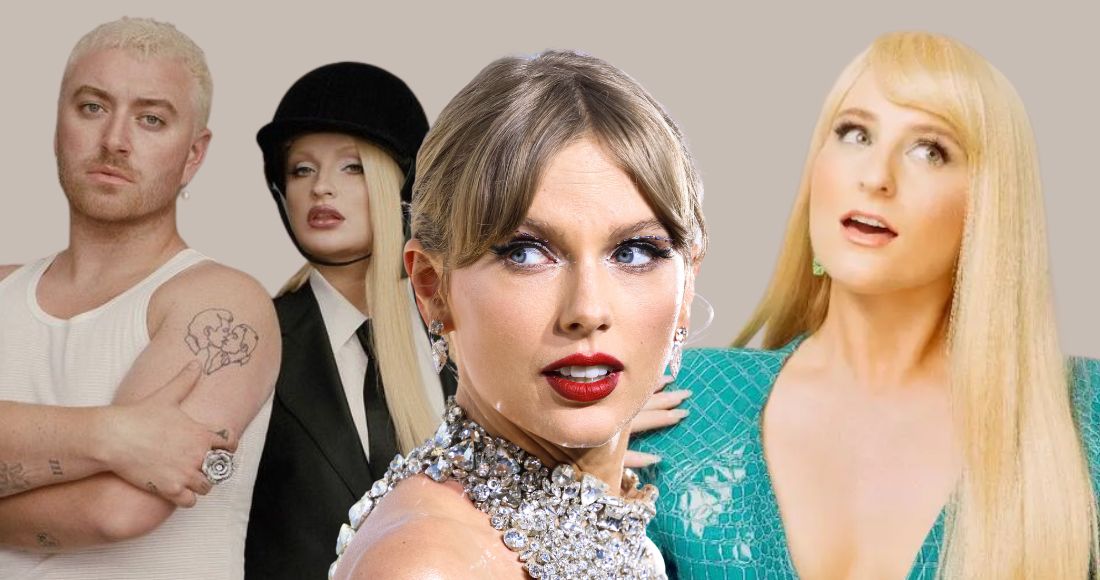 Taylor Swift looks nice and comfy at Number 1 on the Official Singles Chart - and doesn’t seem to be going anywhere any time soon. Anti-Hero is leading the charge for a fifth consecutive week at the top.

Anti-Hero would be just one of four Number 1 singles in 2022 to rule the roost for more than 4 weeks, following We Don’t Talk About Bruno by the cast of Encanto, As It Was by Harry Styles and Afraid To Feel by LF SYSTEM.

Can Meghan Trainor’s career resuscitating hit Made You Look mount a challenge to Tay in the next few weeks, though? Currently set to jump to a new peak of Number 3 on Friday, she would have to leapfrog Sam Smith & Kim Petras’ Unholy first though (2).

This week’s big new entry looks to be the first UK Top 10 for North London rapper Clavish, whose joined forces with D-Block Europe on Rocket Science (9).

Following the release of his second album Sonder, Dermot Kennedy’s new single Kiss Me aims to jump to a new peak of Number 12.

After breaking a UK chart record last week, Mariah Carey and All I Want For Christmas Is You slowly start their festive season dominance, now looking to rise to Number 20…and the sky is the limit from there.