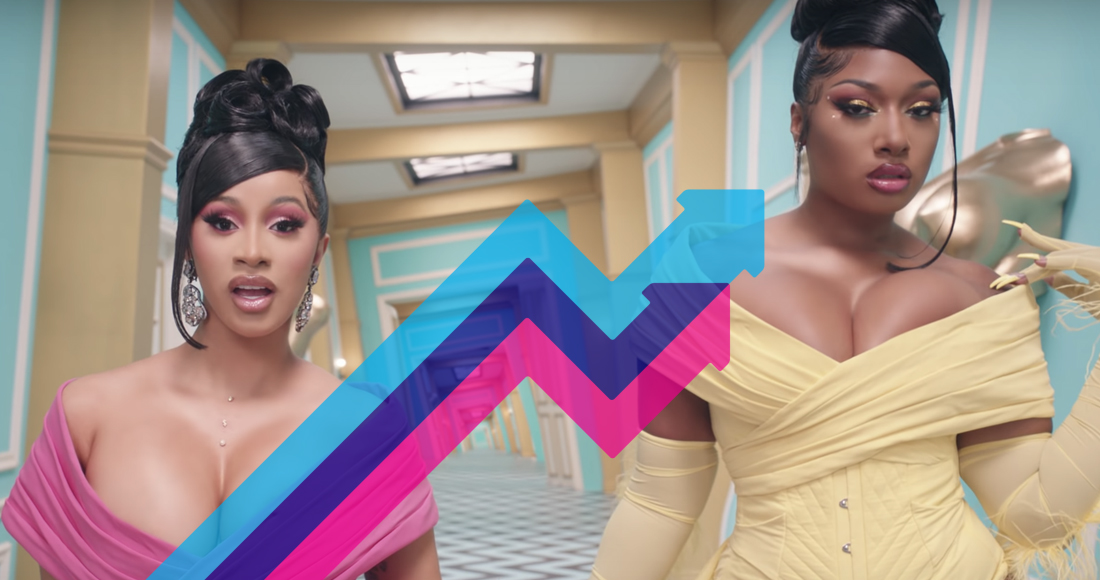 The anthem - which broke Cardi B's website upon announcement last week - is on course to debut at Number 5 this week with over 2.6 million streams racked up in the UK so far this week.

With its eye-poppingly explicit lyrics sending the internet into a frenzy (and upsetting some US congress nominees along the way), it's been a strong start for the single. You can check out WAP's official music video below, featuring ‘toned-down’ language complete with some interesting lyric replacements for the song’s title.

There are big climbs from Little Mix with Holiday, following a new remix by MNEK that interpolates Shalamar/Liberty X's A Night To Remember, Jason Derulo’s Take You Dancing, currently up 12 to 34, and Dua Lipa’s latest single Hallucinate, which features on her Number 1 album Future Nostalgia.