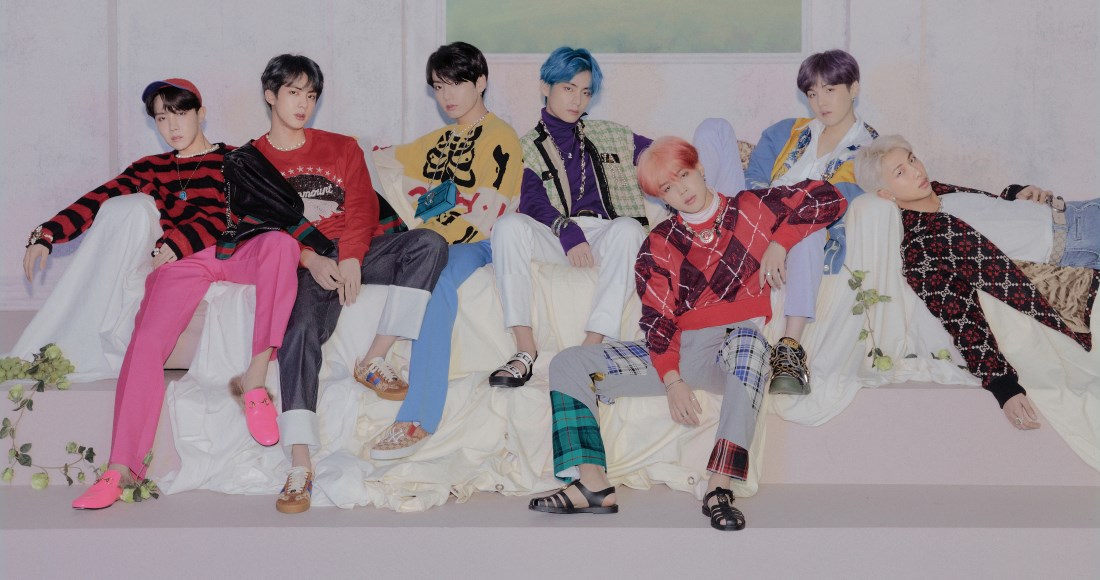 BTS are set to make Official Chart history this week as the K-pop boy band’s new EP, Map of the Soul: Persona, leads the Official Chart Update by over 10,000 combined chart sales.

If the group keep up their momentum, it will mark their highest charting release yet in the UK and become the first Number 1 album from a Korean act on the Official Chart.

Map of the Soul’s midweek sales are already more than the first week sales of their three previous Top 20 albums combined, including their only other Top 10 effort Love Yourself: Tear.

Meanwhile, the ninth studio album from The Chemical Brothers, No Geography, is perched at Number 2 and on track to become their seventh Top 3 effort. Irish post-punk group Fontaines D.C. are at Number 4 with their debut album Dogrel, while Emma Bunton is charging towards her first Top 5 album in 18 years with My Happy Place at Number 5.

Marty Wilde retrospective Dreamboats and Petticoats Presents: The Very Best Of Marty Wilde is also on track for a Top 10 placement at Number 7, which could mark the rock & roll singer’s first Top 10 album.

UK rapper M Huncho starts at 12 with his Utopia mixtape, ahead of New Age, the new album from YouTubers Randolph and KSI at 13. Band of Skulls’ fifth studio album Love Is All You Love is also eyeing the Top 20 at 17.

Irish rock group Walking On Cars are strolling to a second UK Top 40 album with Colours at Number 22, Anderson Paak’s fourth studio album Ventura lands at Number 29, and the self-titled debut album from LSD – the supergroup consisting of Labrinth, Sia and Diplo – opens at Number 35.