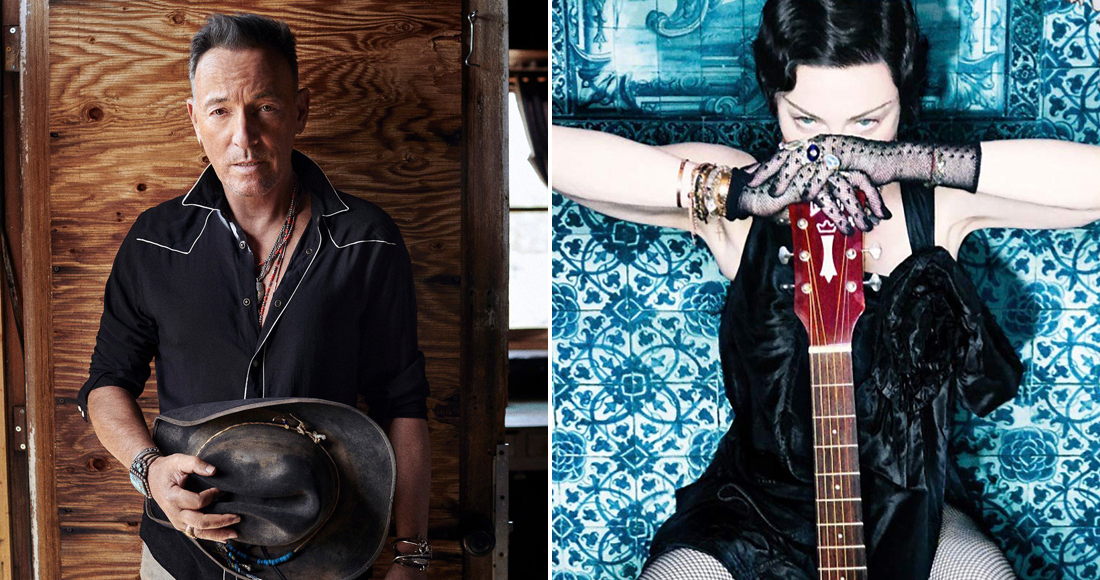 It was The Boss vs The Queen of Pop in the race to Number 1, but of the two American music icons, it's Bruce Springsteen who takes the glory in this week's Official Albums Chart.

Bruce's 19th studio album Western Stars is his first album of new material since 2012 and becomes his eleventh UK chart-topper, finishing an impressive 25,000 combined sales ahead of nearest rival Madonna.

Western Stars shifted over 45,400 copies on CD and vinyl this week, making it the fastest selling album on physical formats of the year so far. View Bruce Springsteen's Official UK Chart history so far here.

MORE: Acts with the most Number 1 albums on the UK's Official Chart

Bruce's victory means Madonna must settle for runner-up position with her 14th studio album Madame X. She can take comfort from the fact she still holds the record for the most Number 1 albums by a female artist, with 12 chart-toppers under her belt.

Bastille are new at 4 with third album Doom Days, and 40 years after its original release, an anniversary reissue gives Joy Division's Unknown Pleasures a Top 40 placing for for the very first time – the album's previous peak was Number 71 in 1980 following the death of lead singer Ian Curtis, but today it goes straight in at Number 5.

Jack Savoretti's Singing to Strangers gets a boost thanks to Soccer Aid and other TV appearances, rocketing 28 slots to 18, while a re-release of two orchestral albums by Roy Orbison, A Love So Beautiful/Unchained Melodies, is at 22.

Poet and rapper Kate Tempest lands a second UK Top 40 album with The Book of Traps and Lessons, new at 30, and a limited edition red vinyl edition of Queen's Greatest Hits – already the biggest selling album of all time in the UK – lifts the album back up to 31.

Scottish band LaFontaines start at 33 with third album Junior, and US singer-songwriter Bill Callahan scores a first UK Top 40 with Shepherd In A Sheepskin Vest at 37.