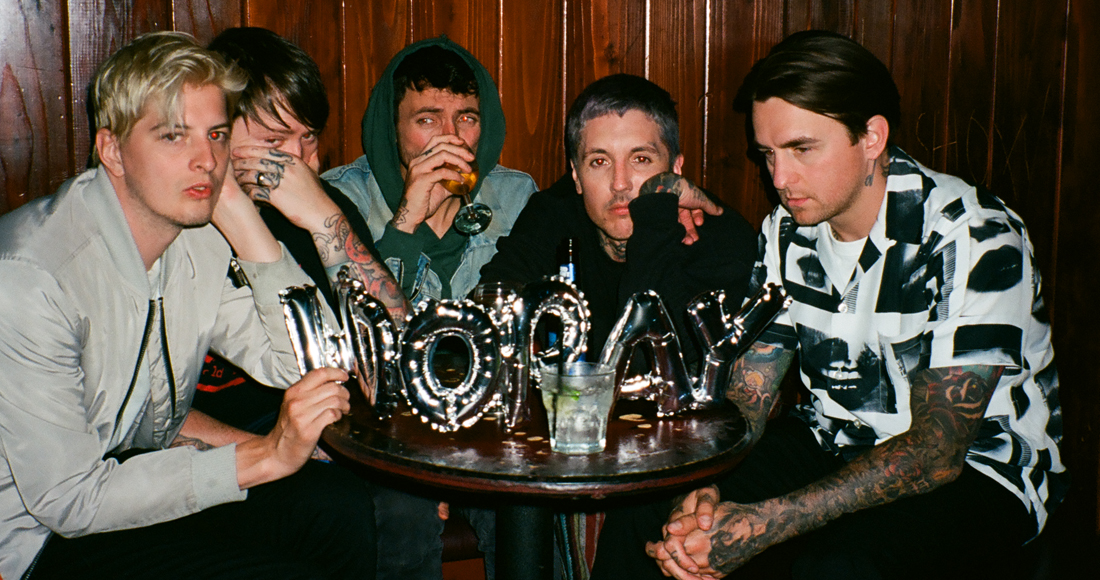 Congratulations to Bring Me The Horizon, who land their first Number 1 on the Official Albums Chart with amo.

The band’s sixth album, named after the Portuguese word for ‘I love’, enters at the summit with 27,000 combined sales. 61% of its sales this week are physical CD or vinyl purchases.

Celebrating the news, the band - who have just been announced as the headliners for this year's All Points East festival in London - told Official Charts: "Thank you to everyone in the UK for getting our new album amo to Number 1. Thanks for buying it and streaming it and showing us support – it really means a lot to us. Thank you very much, we love you."

The Sheffield band have bettered their chart debut with each release: their first album in 2006 Count Your Blessings peaked at Number 93, while their last record, 2015’s That’s The Spirit, reached Number 2. Look over Bring Me The Horizon's full Official UK Chart history here.

Three of the album’s tracks also feature in this week’s Official Singles Chart Top 100: Medicine at 48, Mother Tongue at 68 and Nihilist Blues at 77. We recently revealed the band's biggest singles so far here.

Meanwhile, the mighty Greatest Showman cast recording drops a place to 2 and Rudimental debut at 5 with their third album Toast To Our Differences.

Backstreet Boys open at 7 with DNA, marking their first Top 10 in 18 years, Trevor Horn’s Reimagines The Eighties lands at 11, and California rockers Rival Sons net their fourth Top 40 album with Feral Roots at 12.

Further down, At The Edge Of Light by Genesis guitarist Steve Hackett is new at 28, and Mabel’s Ivy To Roses mixtape makes its Top 40 debut at 34 following its release last October.