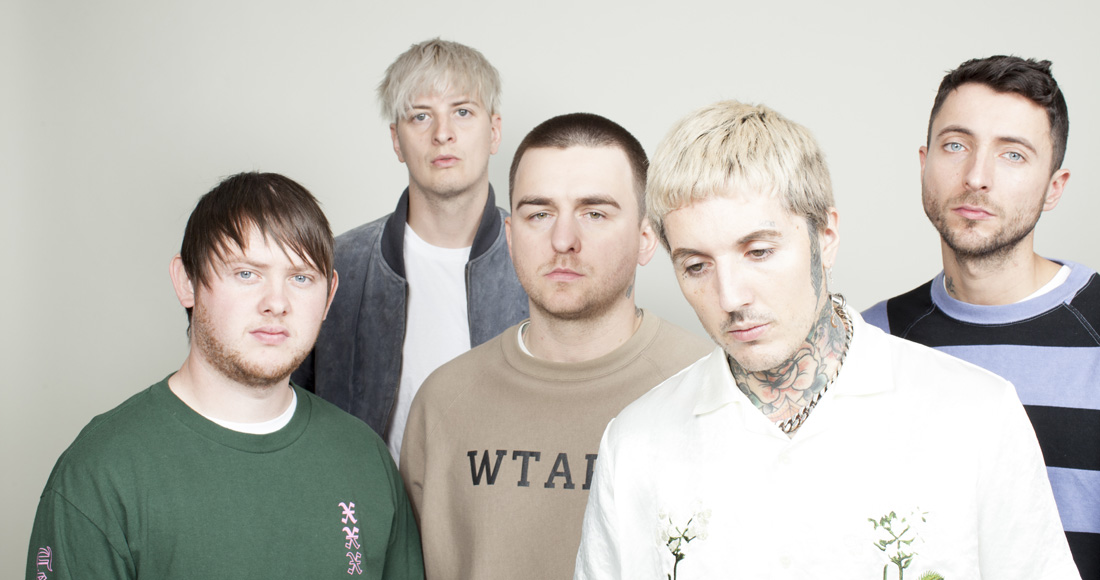 15 years after releasing their first EP, Bring Me The Horizon are set to reach new heights this week - their new album amo is on course to debut at Number 1 on the Official Albums Chart.

If they can do it, they'll replace the seemingly unstoppable Greatest Showman album, which is currently sitting on a total of 28 weeks at the top (!).

Each of the Steel City band's albums have performed increasingly well on the Official Chart. Their previous collection, 2015’s That’s The Spirit - their bestselling album to date - reached Number 2, pipped to the post by Stereophonics' Keep The Village Alive.

In 2013, Sempiternal debuted at Number 3, and prior to that, There Is A Hell Believe Me I've Seen It, There Is A Heaven Let's Keep It A Secret was a Top 20 hit.

To celebrate this huge potential milestone for the group, we've taken a look back at BMTH's Top 10 biggest singles in the UK.

The second biggest song from the band - and the bestselling overall at 73,700 physical and digital copies - is Drown, totalling 240,000 combined sales when streams are added in. It’s their highest charting single, reaching Number 17 in December 2014.

Just missing out on the Top 10, Mantra - the first promotional single from amo - lands at 13 after earning almost 8 million streams since August 2018.