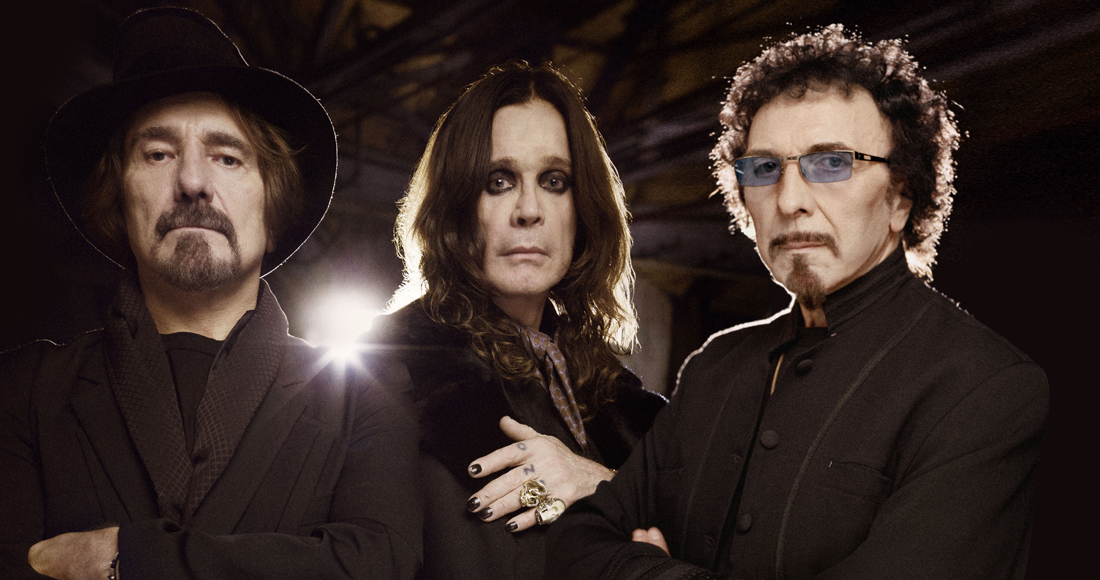 Black Sabbath are sure to be celebrating this evening after scoring their first Number 1 UK album in nearly 43 years and setting a new Official Chart record with 13!

After a closely fought battle, the heavy metal legends – frontman Ozzy Osbourne, guitarist Tony Iommi and bassist Geezer Butler, along with Rage Against The Machine drummer Brad Wilk – finished the week a rather apt 13,000 copies ahead of BE by Liam Gallagher’s Beady Eye (Number 2).

The last time Black Sabbath were Number 1 in the UK was 42 years and eight months ago in October 1970, with their second album, Paranoid. Sabbath now hold the Official Albums Chart record for the biggest gap between Number 1 albums.

"I'm in shock!” Ozzy Osbourne told OfficialCharts.com. “The success of this album has blown me off my feet. We've never had a record climb the charts so fast!"

The record was previously held by US singer/songwriter Bob Dylan who managed 38 years between 1970's New Morning and 2009's Together Through Life reaching Number 1, while Rod Stewart had previously held the British record with 37 years between his 1976’s A Night On The Time album and his current album, Time.

"It's great,” adds Ozzy. “But Rod's the same as us, we've got something other people haven't got. It's all manufactured bulls**t these days. But the likes of Rod, and Elton John and us have got something different. We know our craft."

In addition to Black Sabbath’s 13 (Number 1) and Beady Eye’s BE (2), there are six other new entries on this week’s Official Albums Chart.

Scottish electronic duo, Boards Of Canada, have scored their first Official Top 10 album with Tomorrow’s Harvest, which is new in at Number 7, while chart veterans Status Quo enter at Number 10 with Bula Quo! - the soundtrack to their very own feature film of the same name.

KT Tunstall debuts at Number 14 with Invisible Empire / Crescent Moon, closely followed by The Essential Bruce Springsteen (15). Take That star Mark Owen scores his highest charting solo album to date with The Art Of Doing Nothing (29), while US rockers Jimmy Eat World score their fourth Top 40 album in a row with Damage (38).