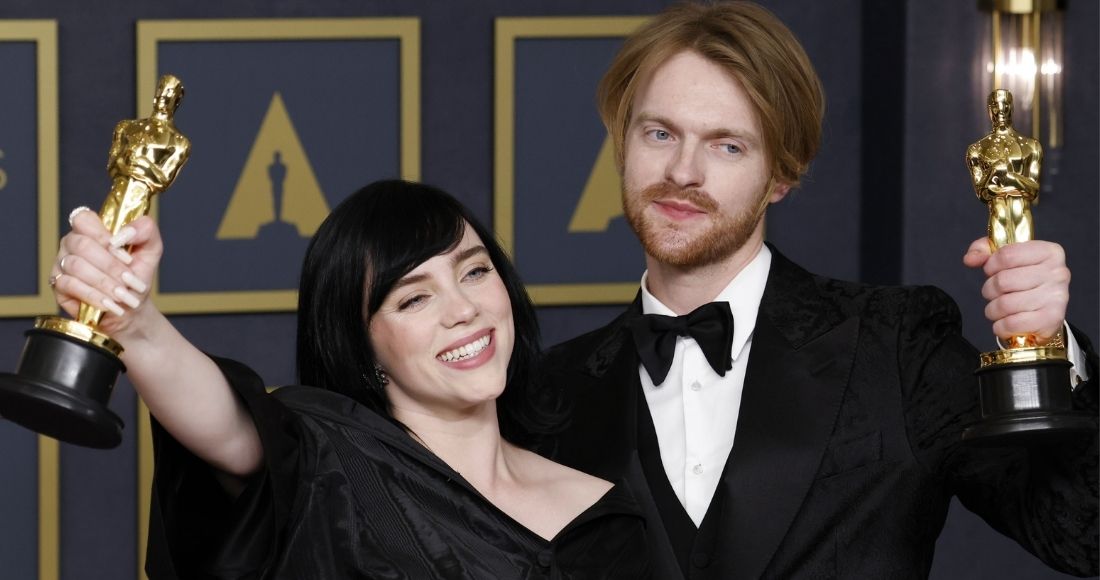 Billie Eilish has celebrated a historic win, scooping the Oscar for Best Original Song at last night's Academy Awards for No Time To Die.

Billie - who co-wrote the song with her brother Finneas - beat out competition from Lin-Manuel Miranda (Encanto), long-time nominee Diane Warren (Four Good Days) and even Beyonce herself (King Richard) for the gong.

Written for the James Bond film of the same name, and the final to see Daniel Craig star as 007, No Time To Die became the third consecutive Bond song to win an Oscar; Adele won for Skyfall in 2012, as did Sam Smith for Writing On The Wall from Spectre in 2017.

Accepting the award, Billie thanked the siblings parents, who "have always been our biggest inspirations and our heroes. We love you as parents and we love you as real people, too.”

It's been a very, very busy awards season for Billie. Not only now an Oscar winner - the first person born in the 21st century to achieve the highest honour in Hollywood - she's also scooped a Grammy and a Golden Globe for the track. (All she needs now to complete the EGOT? An Emmy and a Tony...)

Upon its release in 2020, No Time To Die claimed the biggest opening week for a Bond theme ever, scoring 90,000 chart sales, including 10.6 million streams to debut at the top of the Official Singles Chart.

The second Bond film to become a UK Number 1 single, Billie became the youngest-ever artist to contribute a Bond theme song in the franchise's history.

Later this summer, she will also become the youngest-ever artist to headline Glastonbury, where she'll play the Pyramid Stage alongside fellow top-liners Paul McCartney and Kenderick Lamar.