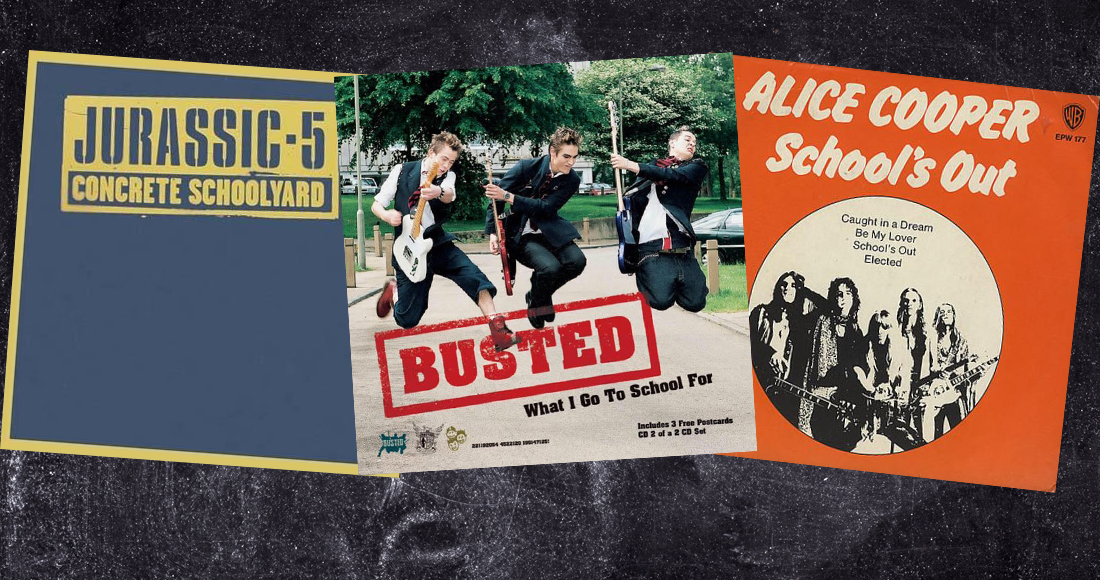 September has arrived and schools are back in session - a relief for some, a crushing disappointment for others.

The subject of school has long been an inspiration for songs - 16 tracks themed around it, albeit loosely at times, have reached the UK's Official Singles Chart Top 40.

As students across the country prepare their shiny new rucksacks, lay out their fresh uniforms and prepare their new stationery for a new school year, we reveal the UK's Top 20 most streamed 'School' songs. First, some highlights...

Busted – What I Go To School For

With 18.2 million streams, Busted tops out the list with their debut single, which peaked at Number 3. Proving its lasting popularity, the track has had 3.4 million plays this year alone, despite being released in 2002 - 12 years before streaming came into effect!

The catchy, iconic hook of Alice’s breakout single is burned into generations of school memories. Spending three weeks at Number 1 in August 1972, School’s Out is still very much loved, clocking up 6.4 million streams since records began in 2014. Unsurprisingly around the last week of July each year - the last week of the primary and secondary school year for most - it sees a solid uptick in streams - this year it saw an 85% increase between 18 and 25 July.

Despite not actually charting, Schoolin’ Life is close behind School’s Out at 6.1 million streams. Every day is a school day, right? Originally featuring on the extended edition of Bey’s fourth album, its electric drum beats and retro feel has seen this track compared to some of Prince’s best work.

Who says we have to let it go? Nobody - and we haven’t. Because despite being released over ten years ago, the title track from the third High School Musical fillm has been streamed in the UK more than 500,000 times this year alone, and in total racking up 3.2 million audio and video streams.