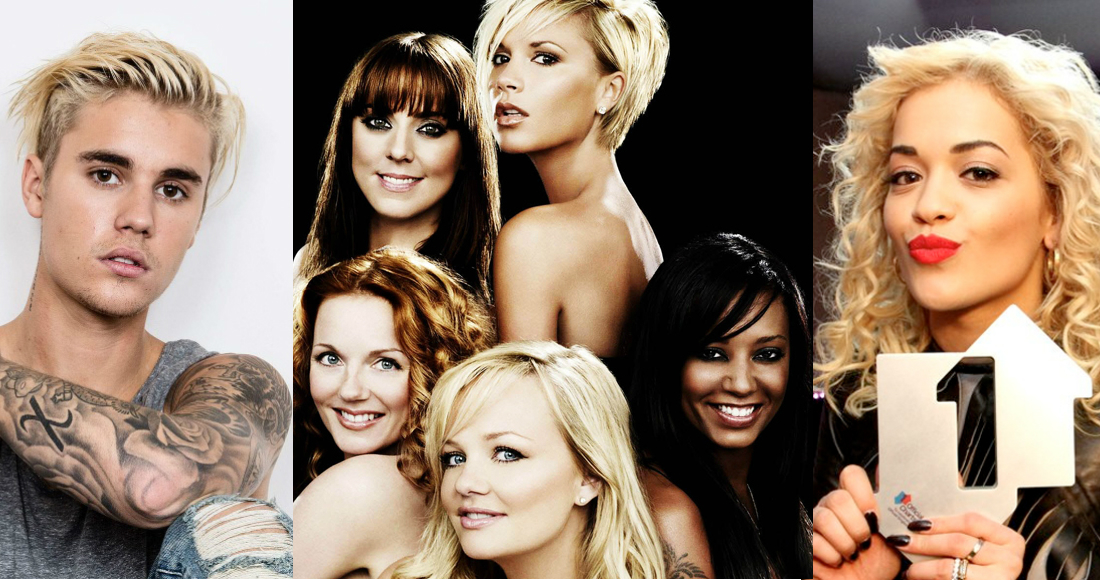 When In My Feelings went to Number 1 last week, Drake achieved something not many acts get anywhere close to doing – he scored his third chart-topping single in the same calendar year.

Following on from God's Plan and Nice For What, In My Feelings gave Drake the first hat-trick in the same year since Justin Bieber took What Do You Mean, Sorry and Love Yourself to the top (in a very short space of time) at the end of 2015.

Unusually, Justin wasn't the only act to pull it off that year – Jess Glynne did it first with Hold My Hand, Not Letting Go, and Don't Be So Hard on Yourself. See Jess Glynne's full chart history including a record-breaking seven Number 1s.

But who else has managed to get three – or more! – Number 1s in the same year?

This is a pretty elite club, with just five artists managing this feat, with two of them doing it twice!

First was Elvis Presley, who enjoyed four chart-toppers in 1961, enjoying himself so much he did it AGAIN the following year. Sadly his streak was broken in 1963 – he "only" got one Number 1 that year.

Next come a surprise, perhaps: The Shadows. They scored four chart-toppers in 1963: two on their own, and two – Bachelor Boy and Summer Holiday – on backup for Cliff Richard.

The Beatles had scores of multiple Number 1s, hitting three in the same year in 1963, 1964, 1966, and 1968, but they only hit four once. If you include I Feel Fine, which was already Number 1 at New Year (and we do), then 1965 gave them the quadruple, the other three being Ticket to Ride, Help! (the video above is amazing FYI), and Day Tripper/We Can Work it Out. See The Beatles' full UK chart history.

Fast forward 30 years and Spice Girls are at it too! In 1997, they held the Number 1 spot four times, starting with 2 Become 1 over New Year, and followed by Mama/Who Do You Think You Are, Spice Up Your Life, and Too Much.

Most recently, Westlife did it two years in a row, ruling both 1999 and 2000 – with I Have A Dream/Seasons in the Sun being the Christmas and New Year Number 1 bridge across the millennium!

This accolade has a few more takers – 26 including Drake himself. Notable entries, aside from the Beatles doing it four times:
– ABBA's hat-trick of Mamma Mia, Fernando and Dancing Queen in 1976
– All Saints taking Never Ever, Under the Bridge and Bootie Call to the top in 1998
– Blondie's run of iconic trio Atomic, Call Me, and The Tide is High in 1980

– Pop Idol rivals Will Young and Gareth Gates both scored three in 2002, one of those – a cover of the Beatles' The Long and Winding Road – together as a duet
– Rita Ora's first year in pop was a big one: she took Hot Right Now, RIP, and How We Do (Party) all the way in 2012
– Lady Gaga hit the summit with Just Dance, Poker Face and Bad Romance in 2009

- Gerry and the Pacemakers were the first band ever to go to Number 1 with their first three singles, all in 1963, and 21 years later, Frankie Goes to Hollywood were the second. Jive Bunny were the third, all in 1989, and B*Witched did it in a year with their first four – but only three were in the same calendar year, in 1998.