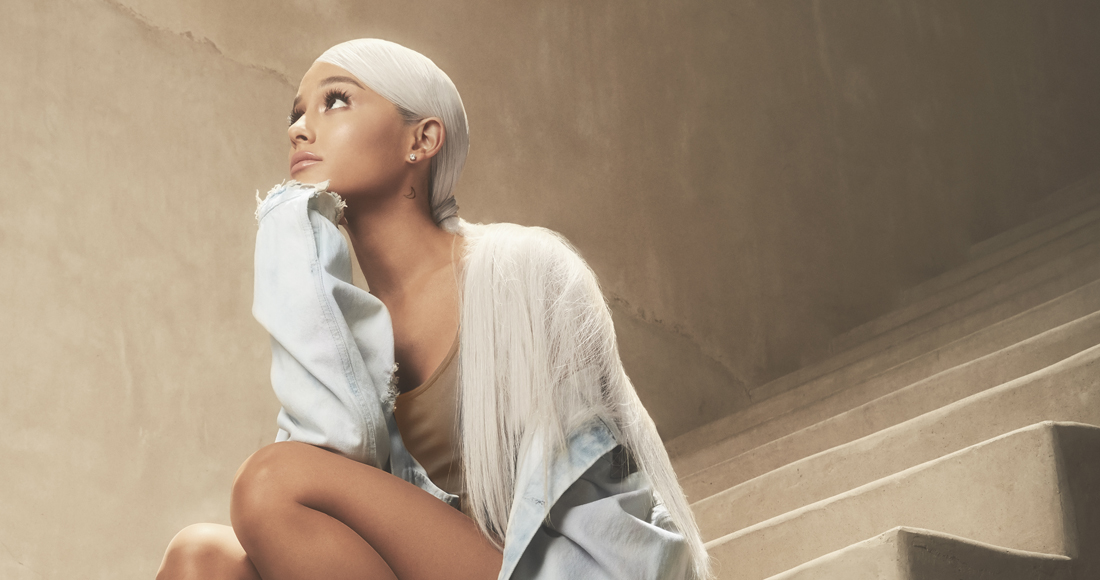 Ariana Grande’s thank u, next holds on to the Official Singles Chart Number 1 single for a second week with another bumper week of sales and streams.

The song achieved the biggest weekly UK streaming figures of any track so far this year, with 9.76 million plays. It’s the highest since Luis Fonsi’s Despacito racked up 10.6 million UK streams in a week in May 2017.

thank u, next posts a combined downloads and streaming equivalent sales figure of 95,000 – more than double its closest rival, Shallow by Lady Gaga and Bradley Cooper (2).

Elsewhere in this week’s Top 10 Halsey climbs to new heights with Without Me, up three places to 6, Post Malone’s Sunflower ft. Swae Lee lifts two spots to 8, and Freya Ridings rebounds three places back to Number 9 for a third time with Lost Without You.

In the Top 20, Zara Larsson climbs eight spots to Number 14 with Ruin My Life; Khalid also scales eight places with Better at 16; Charli XCX zooms 24 places into the Top 40 with 1999 ft. Troye Sivan (17), earning Charli her tenth UK Top 40 single, and Cheryl has this week's highest new entry at Number 19 with long-awaited return, Love Made Me Do It.

Jason Derulo’s opera-influenced collab Goodbye with David Guetta ft. Nicki Minaj & Willy William moves up five slots to 26, Billie Eilish hits a new peak at 29 with When The Party’s Over, just ahead of Ellie Goulding, Diplo and Swae Lee's Close To Me at 30, which has climbed four spots following the release of the song's music video.

Finally, rising star Ava Max enters the Top 40 with Sweet But Psycho at 32 followed closely by the return of Baby Shark by Pinkfong at Number 33.