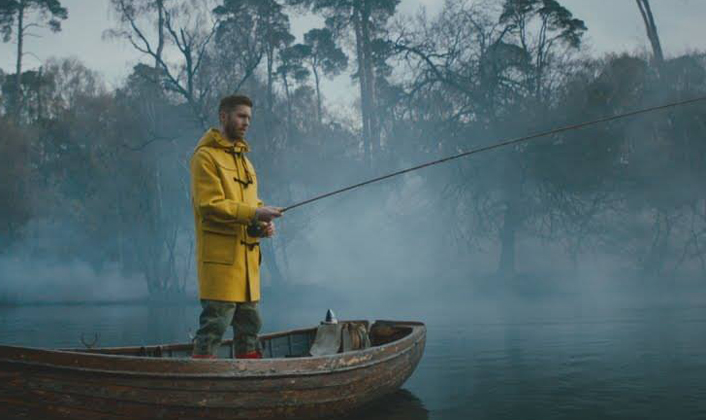 This super creepy video for Billie’s latest single will send shivers down your spine. Featuring London-based rapper Crooks, the 17-year-old shares a song from the perspective of the monster underneath her bed. The rest of her album is said to touch on sleep paralysis, which you can definitely see in these visuals. If you're easily spooked it's probably not one to watch in the dark.

There are some pretty emotional moments in this cinematic, pastel-tinted film. Directed by regular Calvin Harris collaborator Emil Nava, a young man seeks an escape from the realities of caring for his mother. There's also a blink-and-you'll-miss-it cameo from Rag'n'Bone Man, while Calvin gets to grips with nature.

From the conveyor belt to the infectious choreography, the new video for this Top 10 smash is so damn fun. Is anybody else a wee bit jealous that Jax and Olly from Years & Years got to live out their dream of being 'tiny' for a day?...Just us?

Picking up nearly a million views in three days, this Nabil-directed trip for this wavey number has us floating through deep space with Travis Scott and James Blake. The boys meet up for a catch up in a local diner, and before you know it James Blake has stirred himself into the unknown. That must have been one hell of a cuppa.

Much like the song, the video for a lot holds a deeper narrative than first meets the eye. A beautifully shot video examining how seemingly happy families deal with their own problems behind the scenes from addiction, to illness, to incarceration.

This clip for the dreamy pop track from Snakehips gives us Napoleon Dynamite vibes - a clumsy teen knocks herself out in her music lesson, and dreams she's a baller on stage in front of all her school friends. Extra points for bringing in comedian Blake Anderson to feature.

FOALS are back with a bang(er)! To tease their upcoming double album Everything Not Saved Will Be Lost (the first part of which is out on March 8) they've released their first album track, and in true Foals style, the MV is intense - it's basically a short film. Speaking to NME, the band said the track conjures up imagery of "a dystopian future in an M.C. Escher-esque landscape". This certainly backs that up. A must-watch.