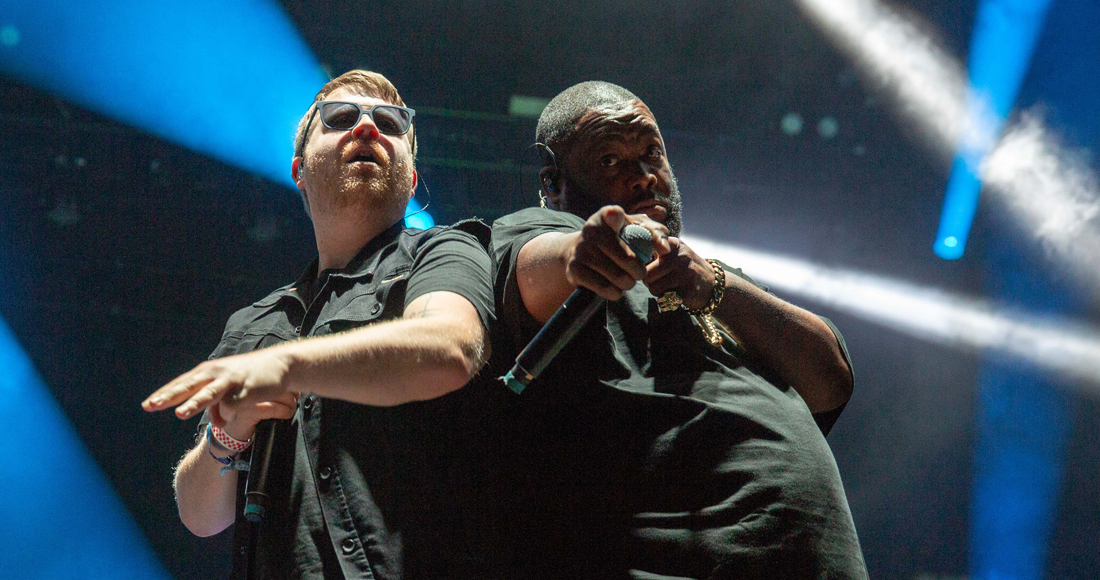 Run the Jewels, also known by the acronym RTJ, are an American hip hop duo consisting of rapper and producer El-P (born Jaime Meline on March 2, 1975 in Brooklyn) and rapper Killer Mike (born Michael Santiago Render on April 20, 1975 in Georgia, Atlanta). Run The Jewels first met when El-P was introduced to Killer Mike in 2011, and toured together, when eventually deciding to form the group, releasing their debut album in 2013. Run The Jewels have toured as support to Lorde and Rage Against The Machine among others. Image: Daniel DeSlover/ZUMA Wire/Shutterstock

Latest news about Run The Jewels