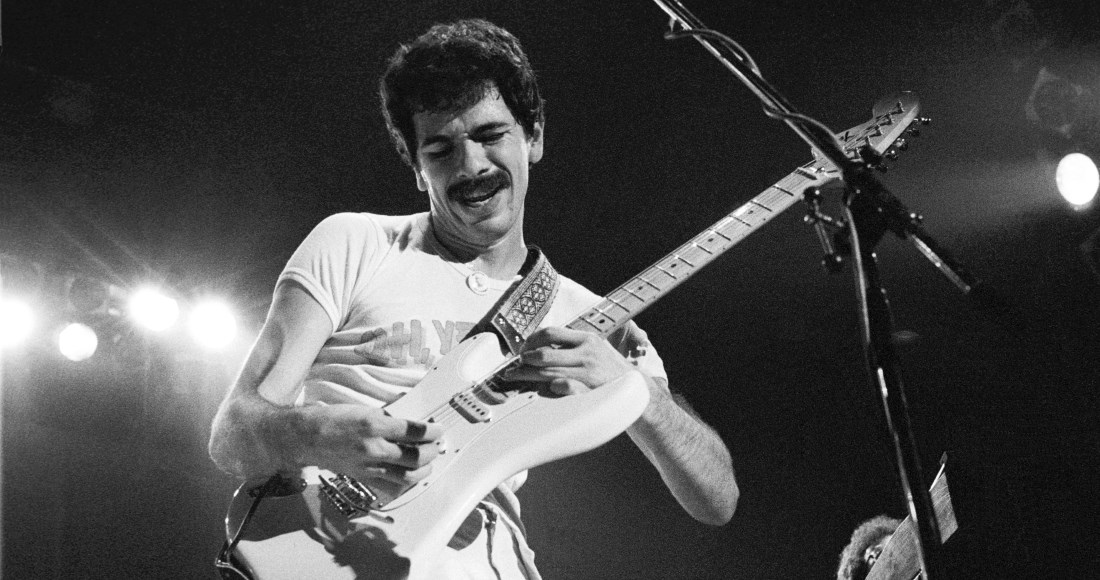 Santana is an American rock band formed in San Francisco in 1966 by Mexican-American guitarist and songwriter Carlos Santana, born July 20, 1947 in Autlán de Navarro, Jalisco, Mexico. Carlos remains the only consistent member, as the band has undergone multiple recording and performing line-ups in its history. Santana first came to mass attention when they played Woodstock in 1969, and enjoyed a string of mellow hit songs such as Samba Pa Ti in the 1970s, fusing elements of jazz, latin and blues. Santana have also had a host of entries on the UK's Official Albums Chart, scoring a Number 1 with Supernatural in 1999, which sold over 30 million copies worldwide and hoovered up a record breaking eight Grammy Awards in 2000 and a Best International Act nomination at the 2001 BRIT Awards. Image: Ian Dickson/Shutterstock