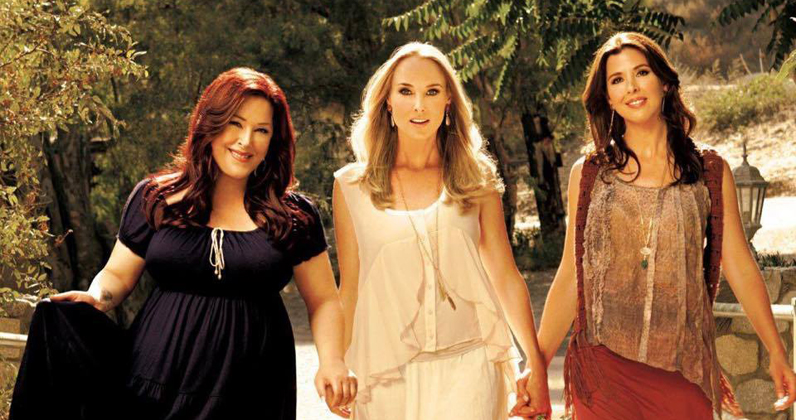 Wilson Phillips is an American vocal group consisting of Carnie Wilson (born April 29, 1968), Wendy Wilson (born October 16, 1969), and Chynna Phillips (born February 12, 1968) who are the daughters of Brian Wilson of The Beach Boys and of John and Michelle Phillips of The Mamas & the Papas. Born in Los Angeles, the trio had grown up together in California, and signed their first deal in 1989. Wilson Phillips burst into pop’s orbit when their debut single Hold On hit Number 1 in the US, and became a vast radio hit as well as being featured in the hit movie Bridesmaids. The trio originally disbanded in 1992 and have since reformed twice.