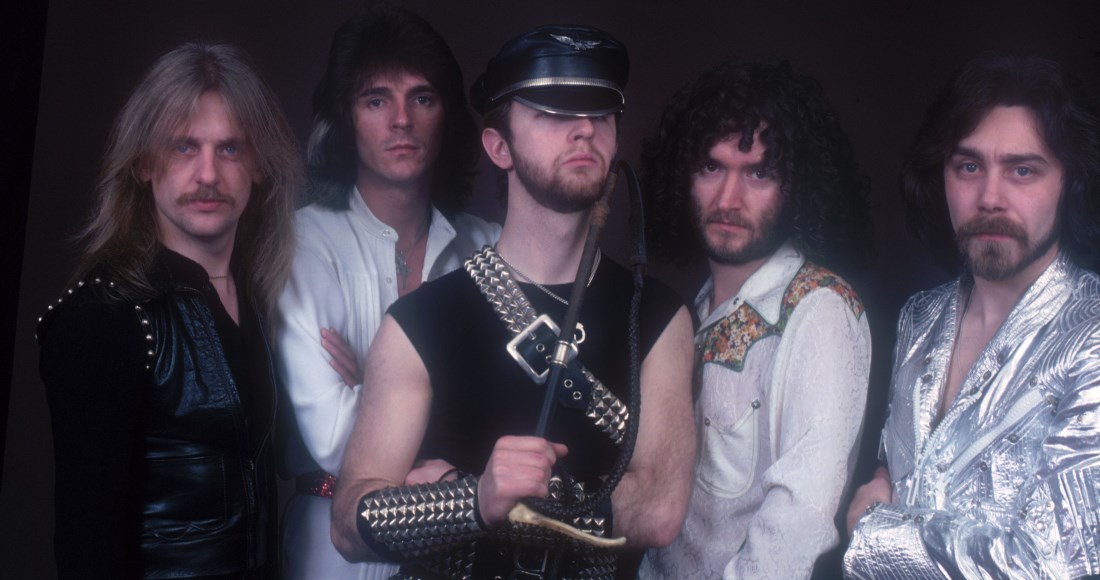 Judas Priest are an English heavy metal band formed in West Bromwich, West Midlands in 1969, and currently consist of singer Rob Halford (born in Sutton Coldfield, August 25, 1951), guitarists Glenn Tipton (born in Blackheath, London on October 25, 1947) and Richie Faulkner (born in London, January 1, 1980), bassist Ian Hill (born in West Bromwich on January 20, 1952) and drummer Scott Travis (born in Norfolk, Virginia on September 6, 1961). Judas Priest got their name from a Bob Dylan song, and after a few years of deaths, personnel changes and labels folding, started to make waves with the release of Rocka Rolla in 1974. By the end of the 1970s they were labelled part of the new wave of British heavy metal when they signed with CBS in 1977, scoring numerous hit songs such as Breaking The Law, Take On The World and Living After Midnight. They had an international breakthrough with the 1980 album British Steel, and their biggest-selling LP Screaming For Vengeance. Judas Priest have sold over 50 million records worldwide and won a Grammy Award for Best Metal Performance in 2010, Judas Priest are also highly regarded in the LGBT+ community after Halford revealed his homosexuality in 1998, and was embraced by his fans for his honesty. Image: Andre Csillag/Shutterstock