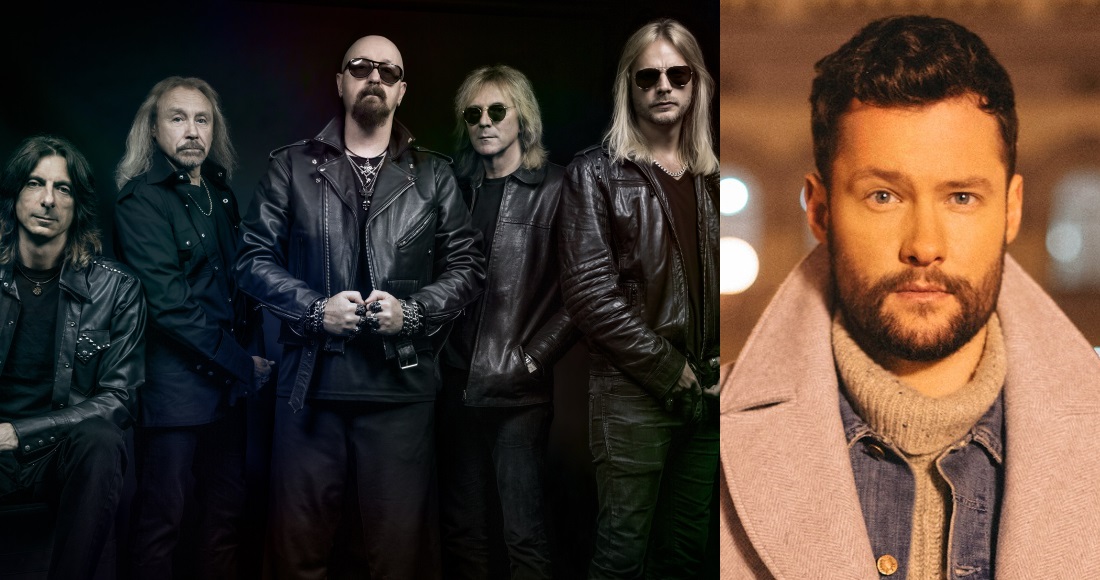 The Greatest Showman has put on quite a performance on the Official Albums Chart so far in 2018, and it shows no signs of slowing down yet.

Ed Sheeran is at 2 with ÷, while Judas Priest could score their best-ever Official Albums Chart placing some 49 years into their career – their latest record Firepower is at Number 3. Also on course for a Top 5 debut is Calum Scott; the Britain’s Got Talent alum is at Number 5 with his first collection Only Human.

A further 12 new albums are set to impact this week’s Top 40. Editors’ sixth album Violence is at Number 6, a posthumous Jimi Hendrix release, Both Sides of the Sky, is at Number 7, while Alter Bridge vocalist Myles Kennedy occupies the Number 12 slot with his debut solo album Year of the Tiger.

US rapper Logic is eyeing his second UK Top 40 album with new mixtape Bobby Tarantino II (14), Talking Heads frontman David Byrne’s first solo album in 14 years American Utopia begins at 15, punk group Moose Blood start at 16 with I Don’t Think I Can Do This Anymore, and Tearing at the Seams, the fourth record from Nathaniel Rateliff & The Night Sweats, is at Number 18.